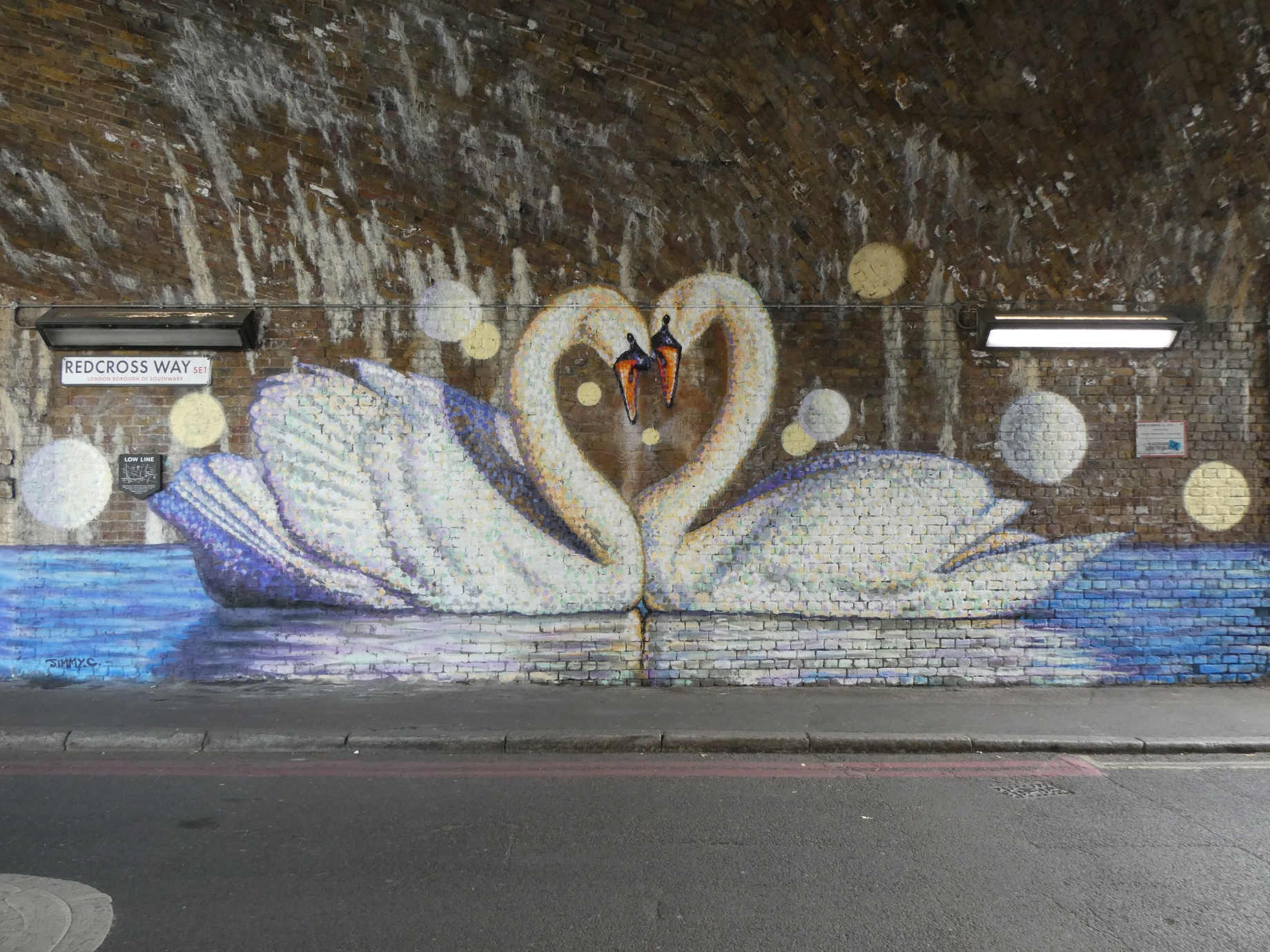 Here we are taking a look at a fresh work from Street Artist Jimmy C who last month took to Southwark to create his latest addition to London’s streets, and one that was very much worth the wait. Jimmy C’s style is influenced by a combination of Pointillism and the aboriginal culture of his native Australia. He started painting on the street in the early 1990’s as a part of the then growing Australian underground graffiti movement and has since gone on to hone his distinct ‘Aerosol-Pointillism’ style, as represented in the work shared below.

The recent addition to Southwark from this artist presents a harmonious peaceful scene depicting a pair of swans meeting as they float along the watery scene flowing along the wall and accompanied by as series of atomised sphere’s that add so much depth and energy to this stunning work which is aptly titled ‘Union’ and marks the first of three works from Jimmy C in his Bird Series. This superb work can be found in Redcross Way, Southwark. 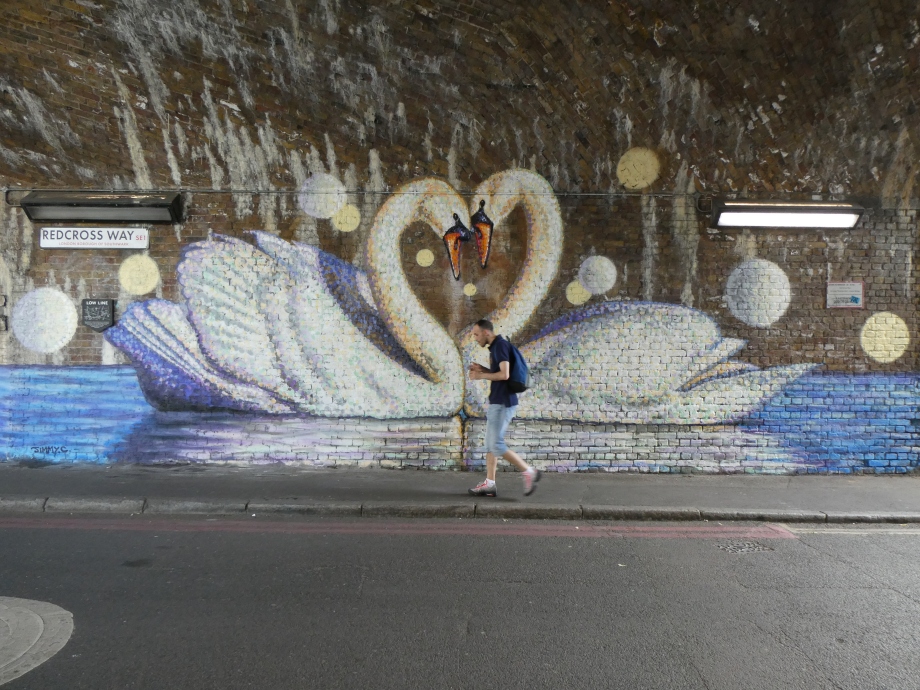 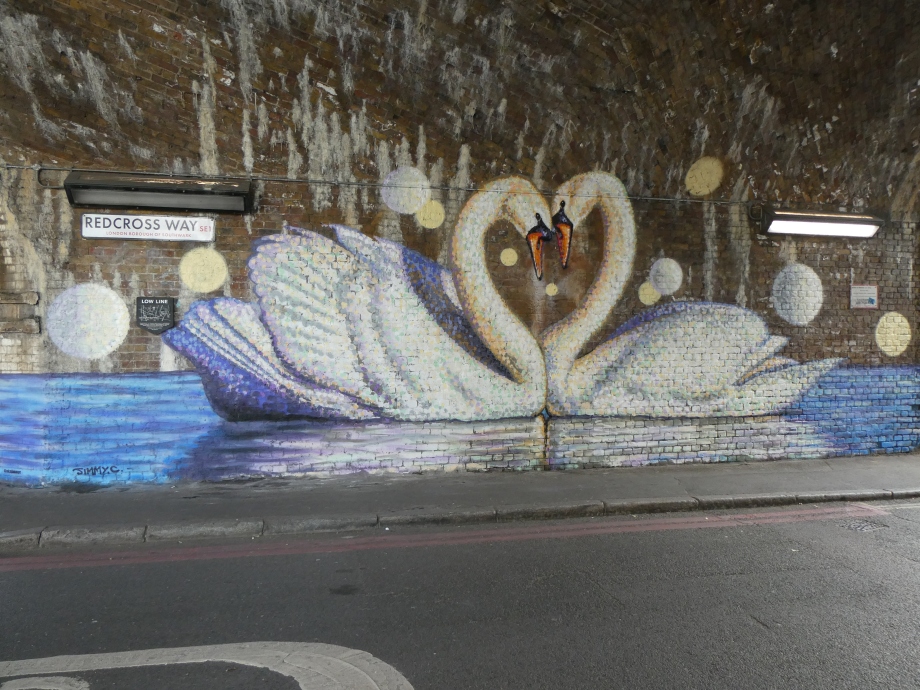 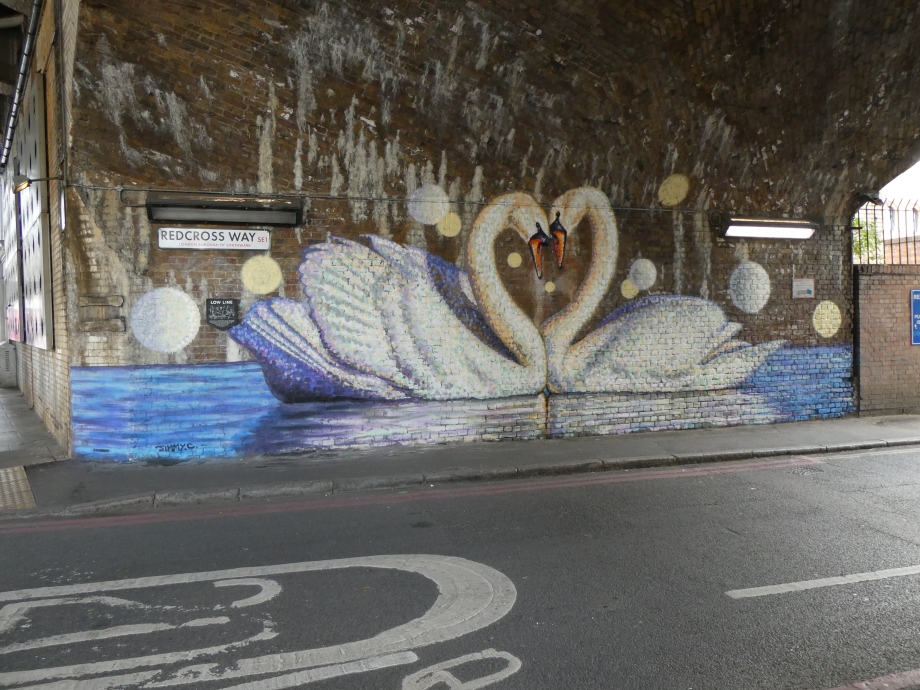 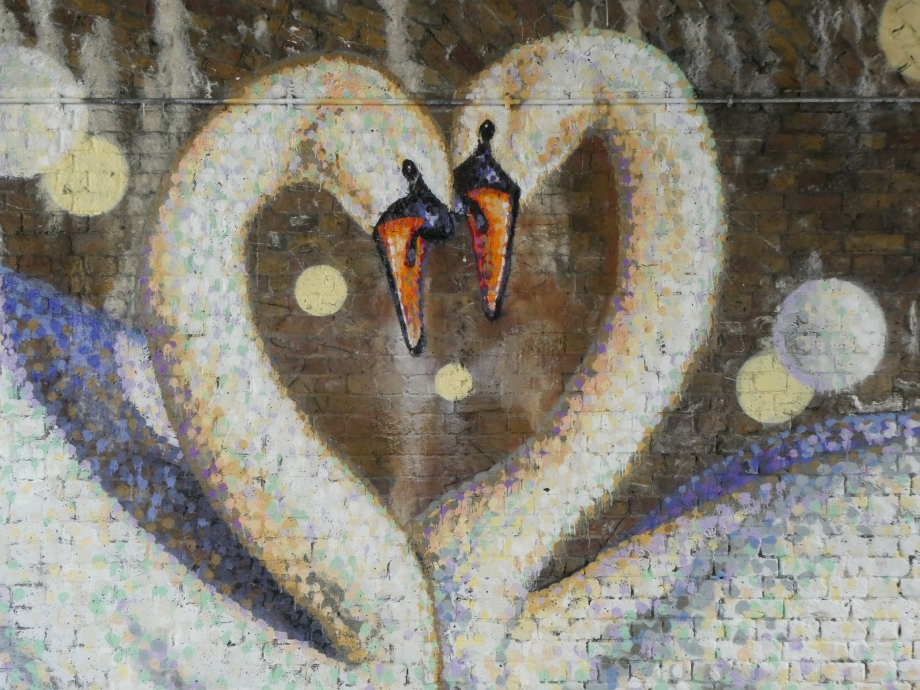 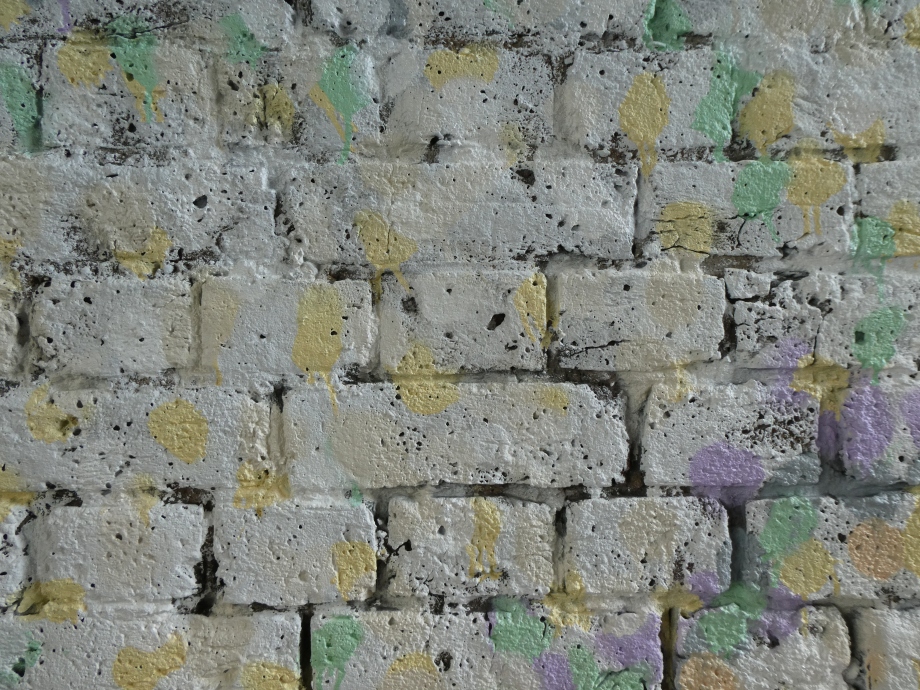 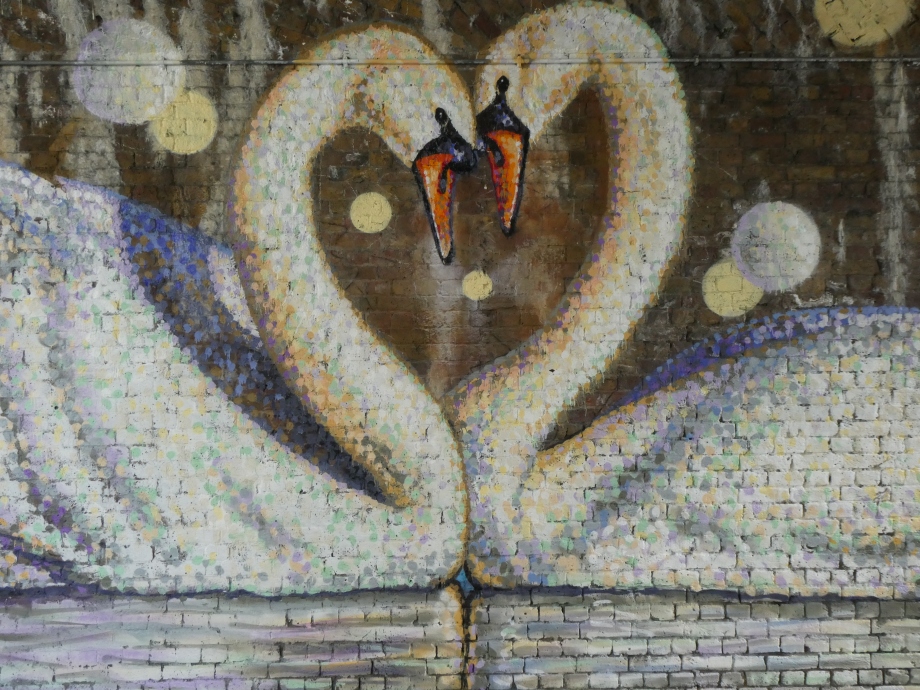 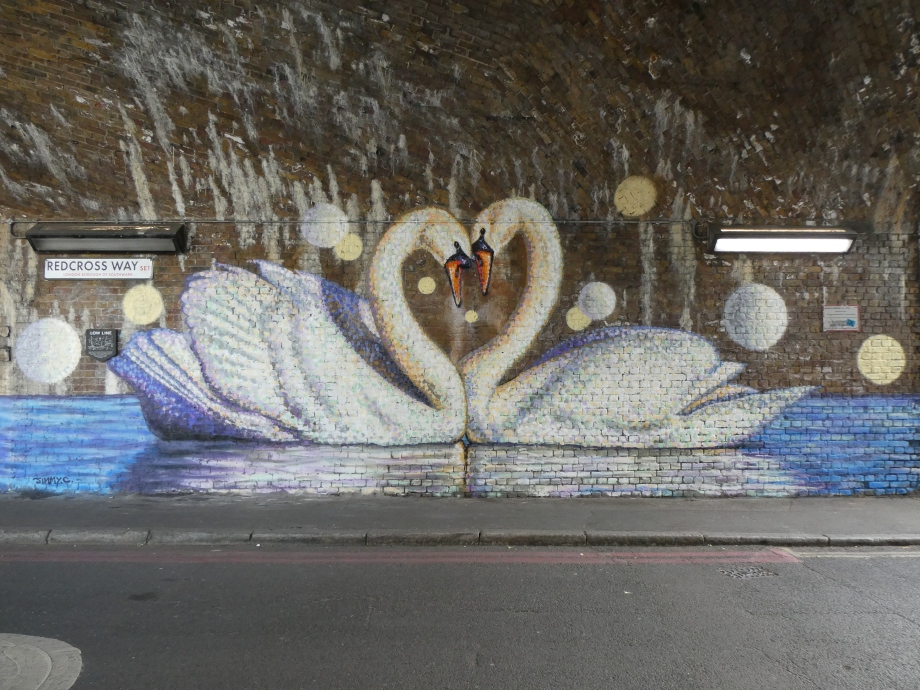 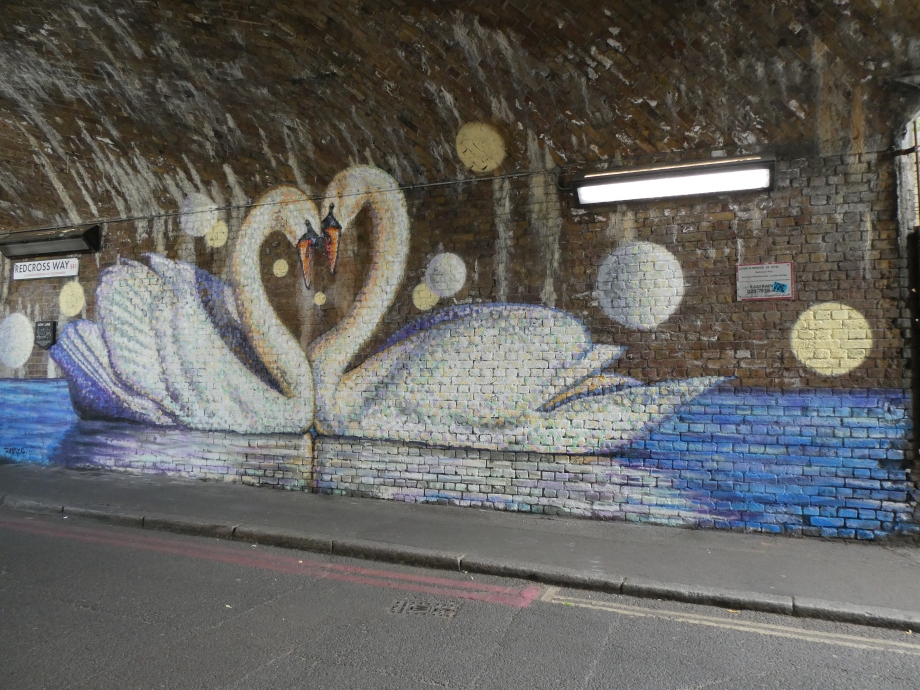