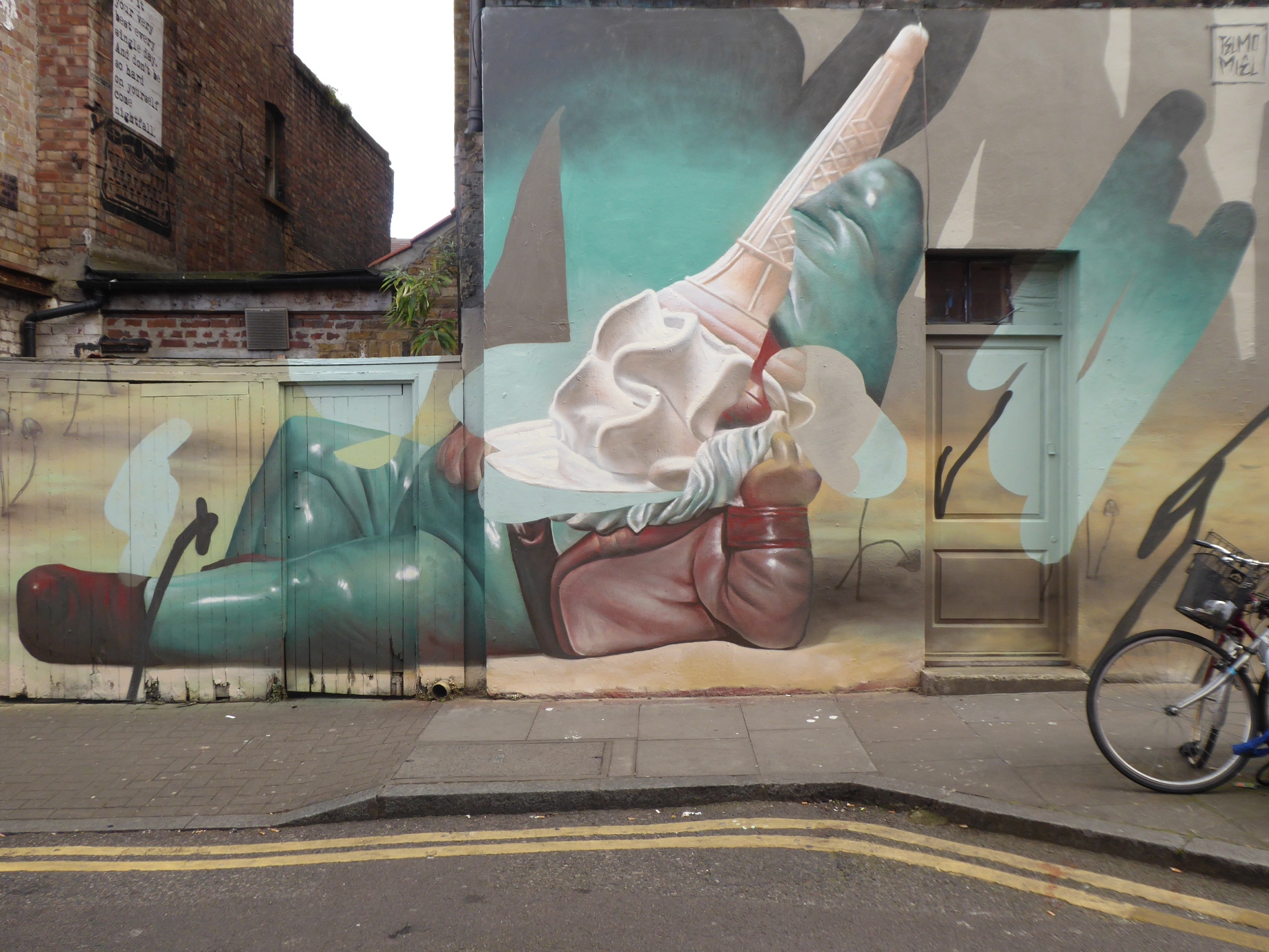 A couple of weeks back saw a flood of activity around Brick Lane with several artists painting in the days leading up to the Moniker Art Fair 2017 which took place last weekend. Two of such artists were Dutch duo Telmo Miel who set to create an intriguing and rather surreal scene entitled ‘Odds & Ends, Bits & Pieces’ depicting a relaxing garden gnome laid out on the floor whilst having a exceptionally large ice cream cone dumped on his face and ultimately resulting in the particular gesture the gnome is transmitting to all who pass this mural in Brick Lane.

Working as muralists and image-makers, Telmo Pieper and Miel Krutzmann met in 2007 at the Willem de Kooning Academy. Telmo was at the time working in illustration and design, whilst Miel had experience in decorating walls for some several years at this stage. It was at this point that Telmo first delved into painting with spray paint as a part of the trio Codex Inferno. In 2012 they started working as a duo and officially became Telmo Miel, and have spent the last five years or so honing their skills and defining their own style.

Working together seamlessly, they both enjoy working in realistic styles applied to contrasting and often hybrid-based subjects. They often work with themes in their art. It is predominantly subjects such as strange animals, plastic bags, inflatable creatures, gloves, with these themes often being fused around portraiture. It is such influences in the subject choices for their works which contribute to the overriding surrealistic elements in the subjects. executed through hyper-realistic representations. The pair work sometimes individually and sometimes together on concepts and ideas but the implementation of the work is always done collaboratively. This work can be found in Hanbury Street, Brick Lane, and was put up with support from the Thinkspace Gallery as part of the Moniker Art Fair 2017 Mural Programme. 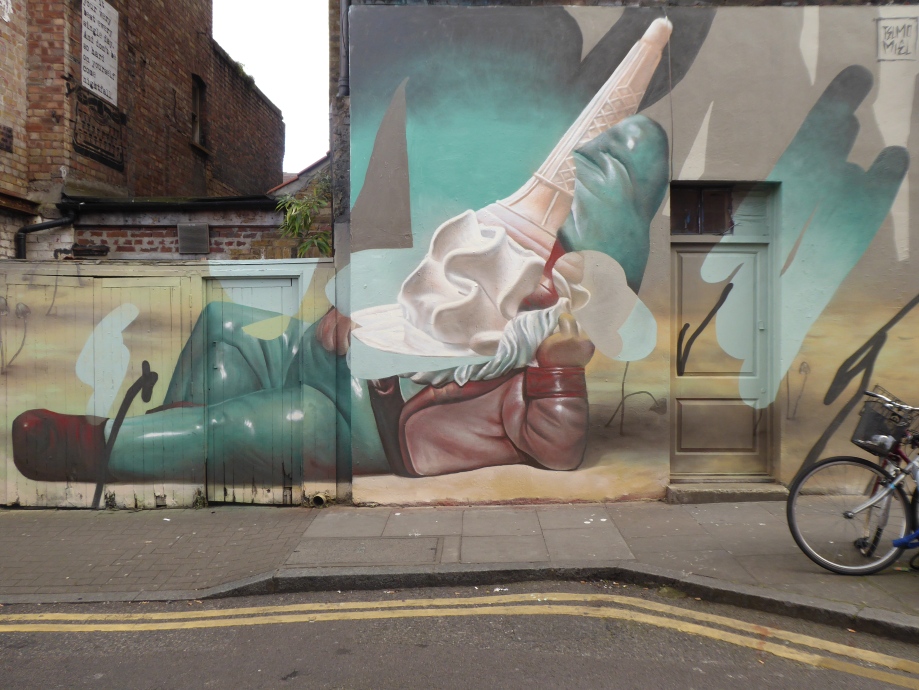 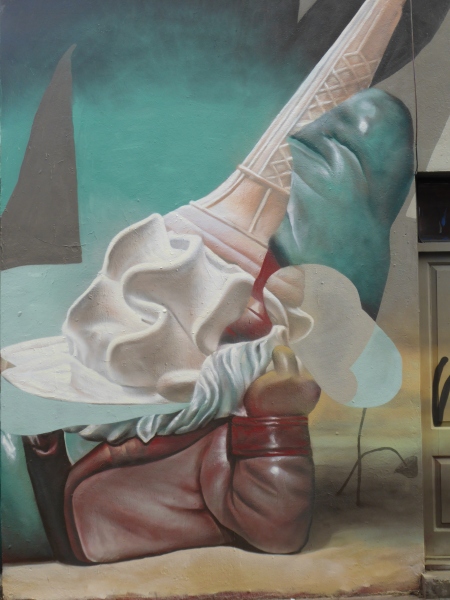 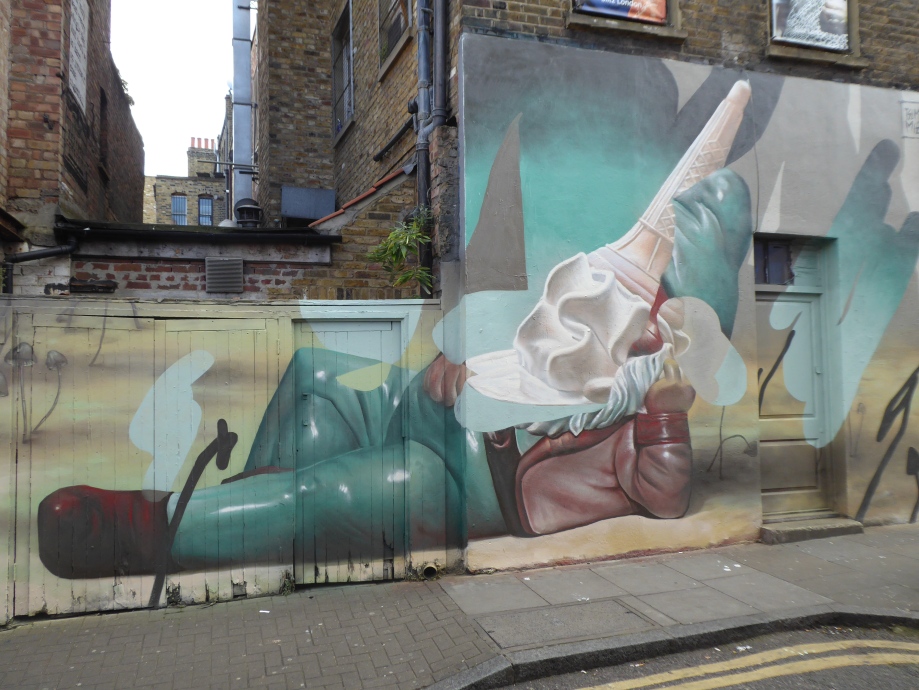 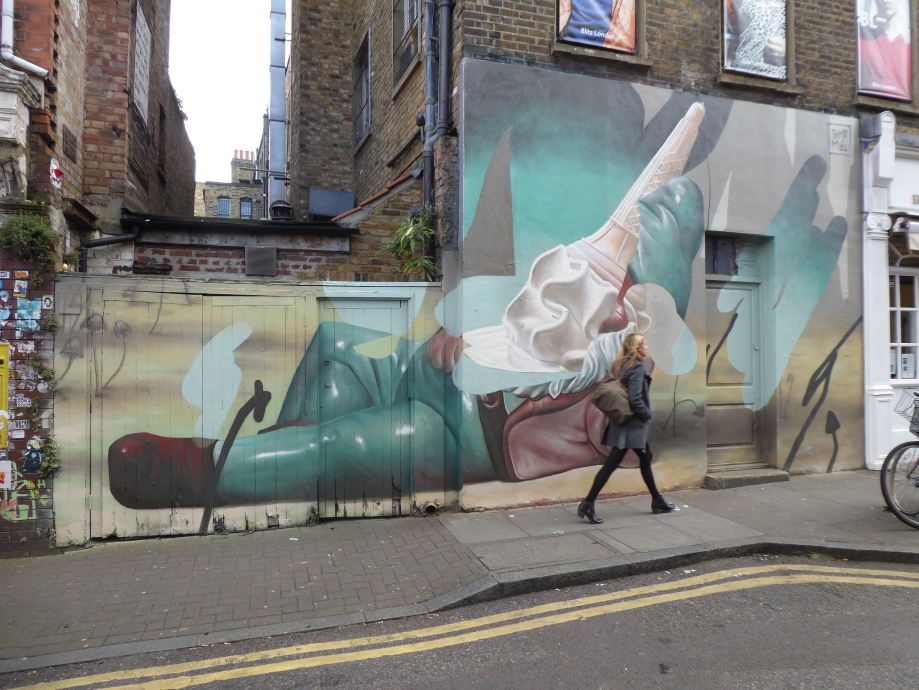 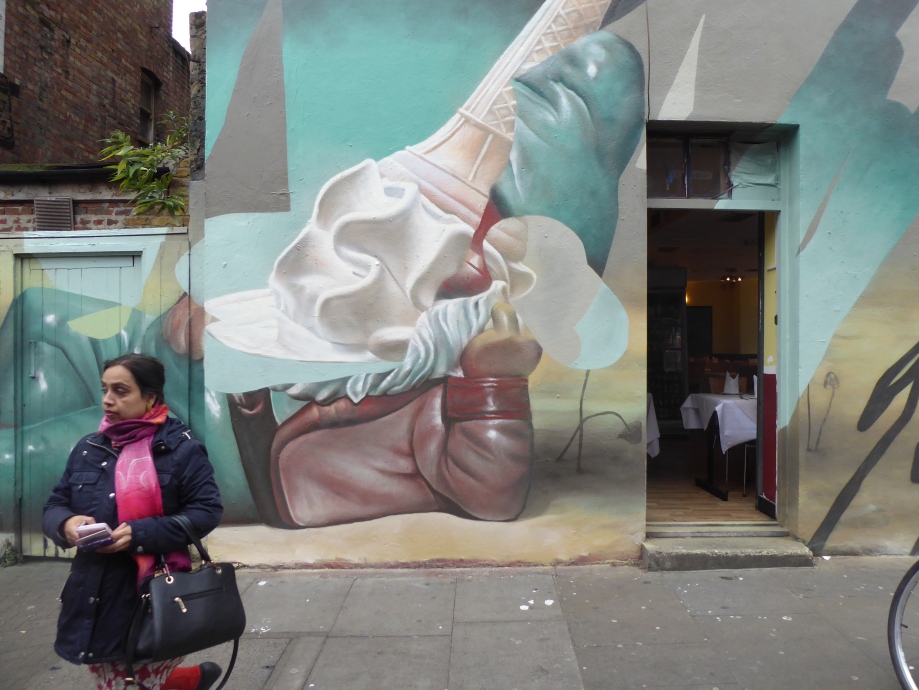