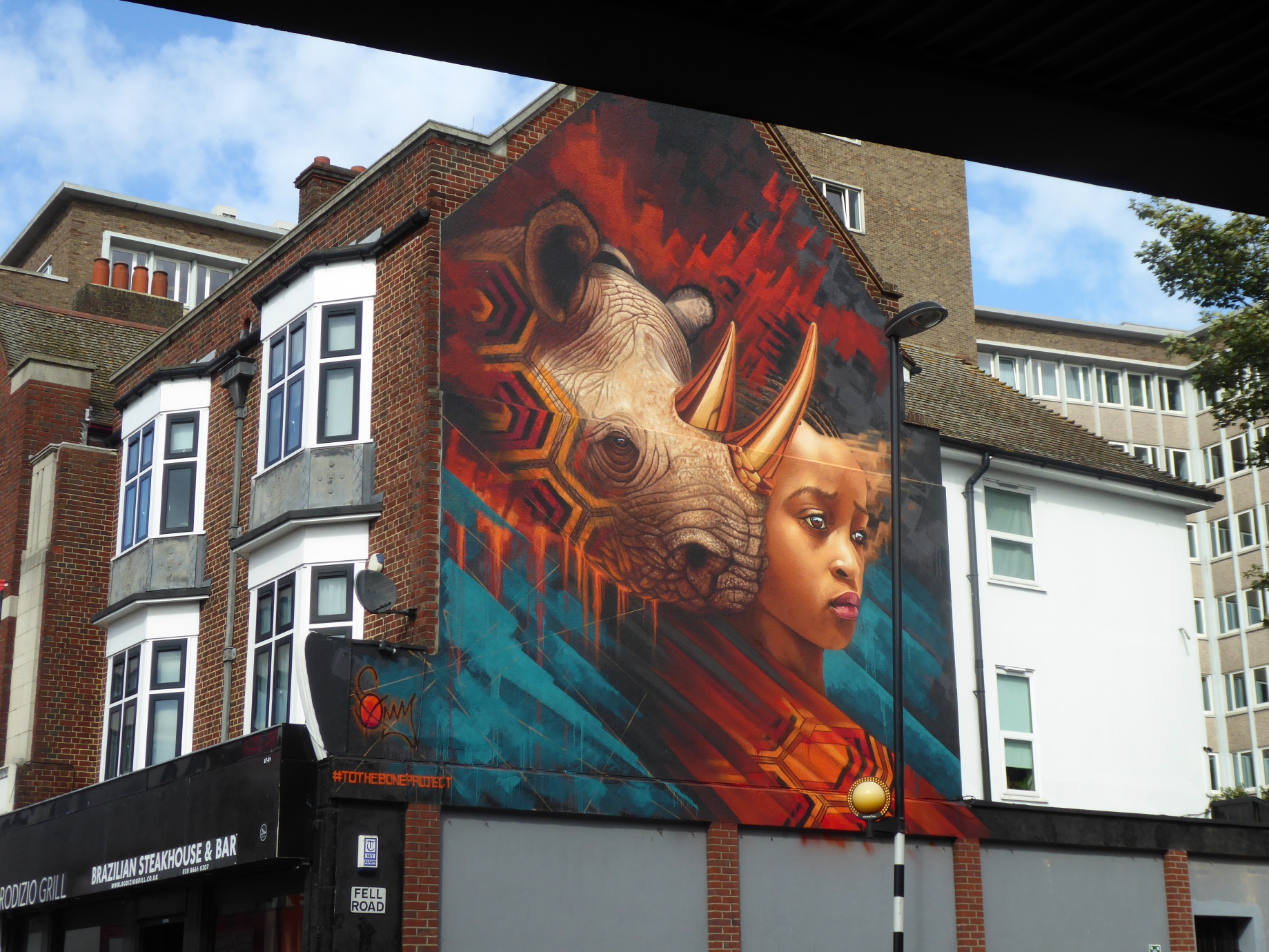 A few weeks back saw London receive a visit from South African Street Artist Sonny who placed up a spectacular and poignant mural for his ‘To The Bone’ Project which sets to draw awareness to as well as raise funds for endangered species around the world before it is to late. To this end over the last year or so Sonny has taken this project around the globe with a prolific series of large-scale murals placed up in villages as well as cities and all paying homage to these beautiful creatures that are so crucial to the harmony of how the planet exists. With his latest addition to the project placed up in Croydon the work sets to focus on endangered Rhino, which have been prolifically hunted to near extinction for their value in the ivory trade, with this in mind Sonny has presented a work featuring a rhino and a child set harmoniously side by side, highlighting that it is the children of the future who will miss out once such creatures are no more than a rare specimen in a zoo or photograph in a book. This outstanding work can be found in Fell Road and was put up with support from IFAW UK a non-profit organization dedicated to the rescuing and protecting of animals around the world. 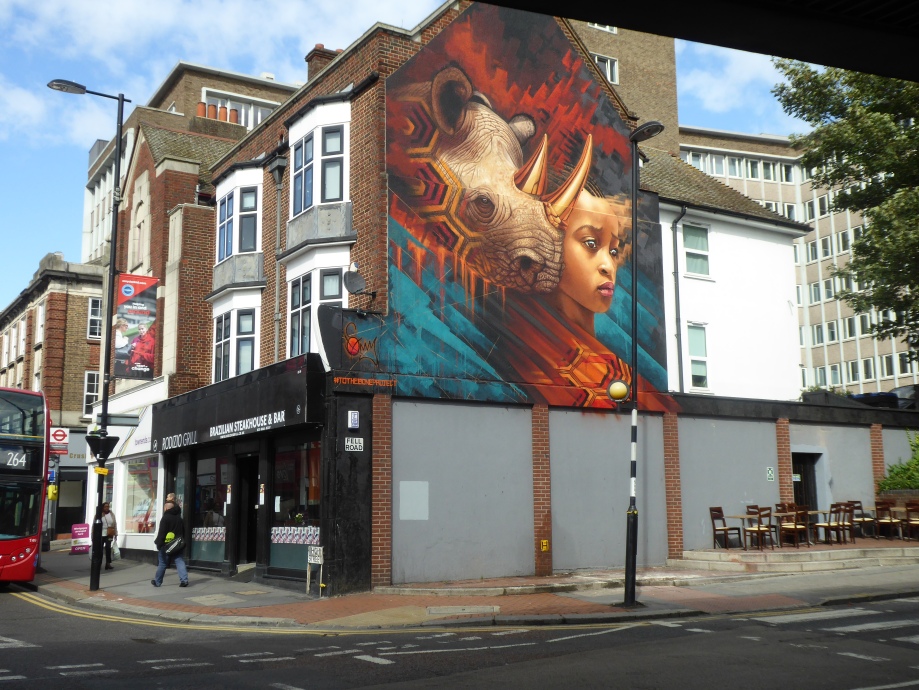 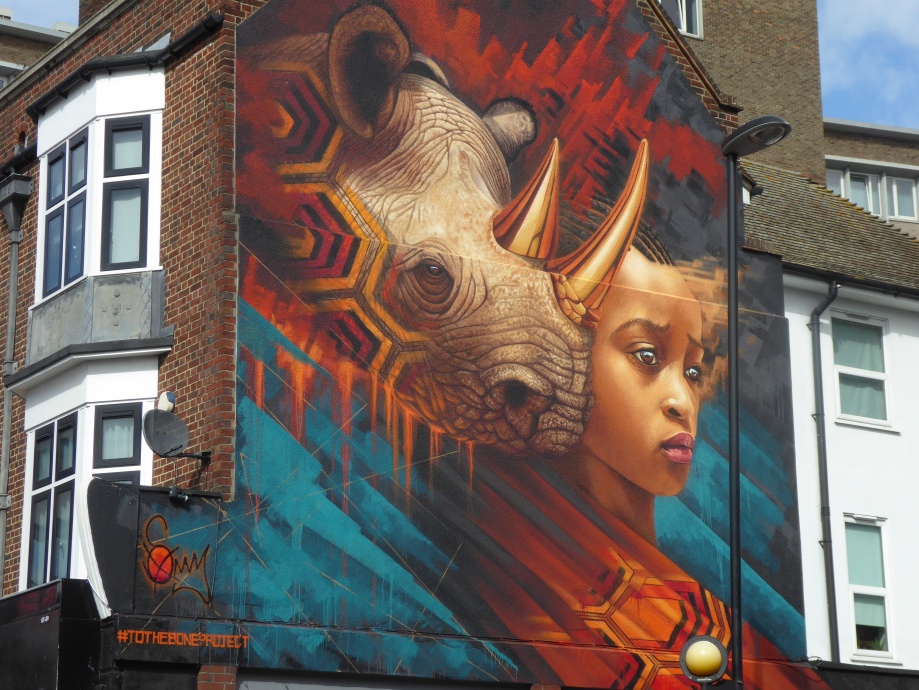