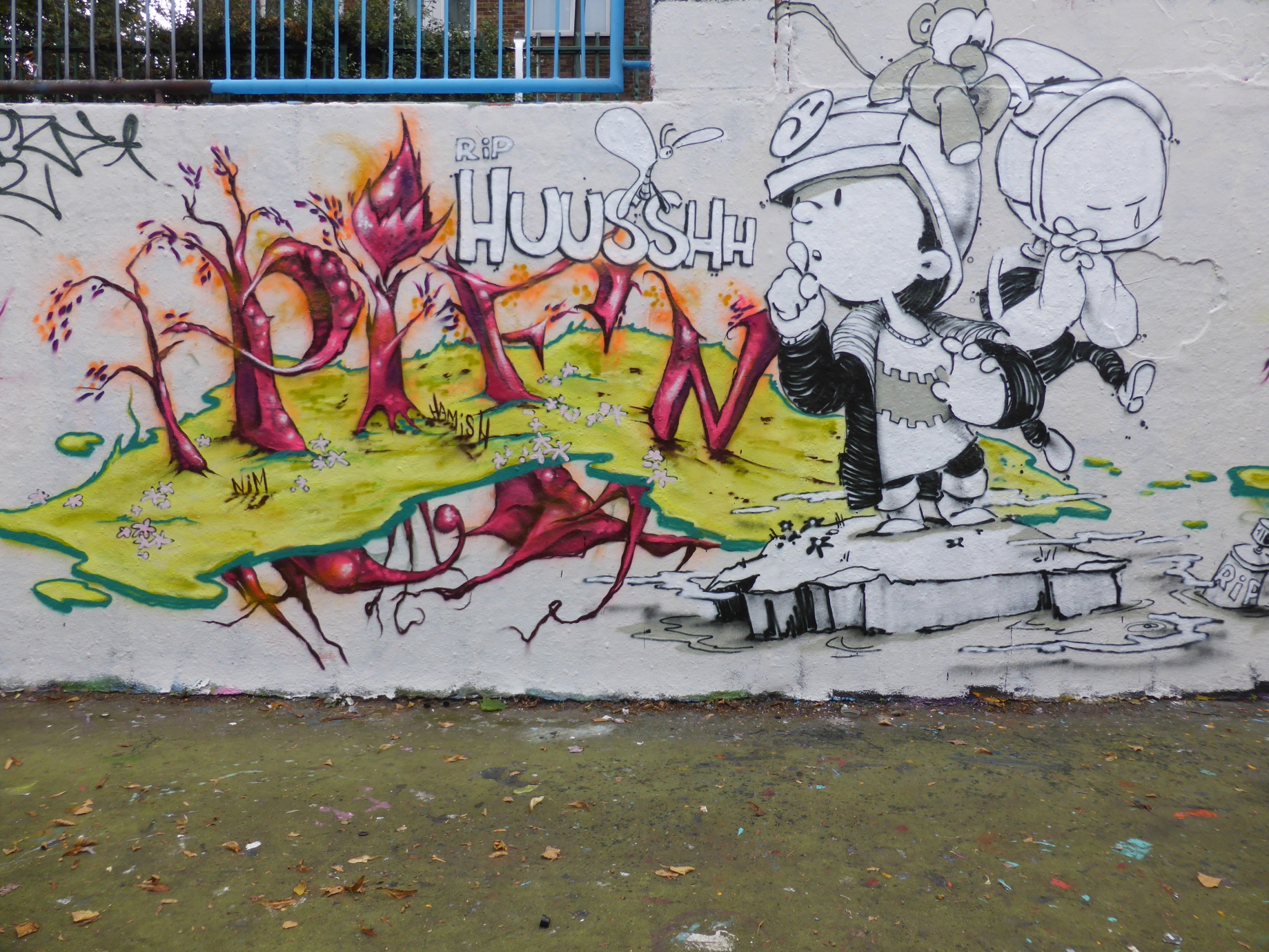 Last week we reported on the touching tribute to the late Graffiti Writer Hush by SkyHigh in Leake Street (covered here) and on Saturday whilst passing through Stockwell and making a detour to the Hall of Fame we saw a second touching tribute piece to Hush on this occasion painted by Pali & Demaneerz. A fitting tribute from this pair creating a sense of sadness “Pain” and Pali’s sombre characters but depicted in such a soft and innocent stark style as well as offering further demonstration of how Hush will be missed on the scene and that people’s thoughts are of Hush and with his family and friends. “Rip Huusshh” 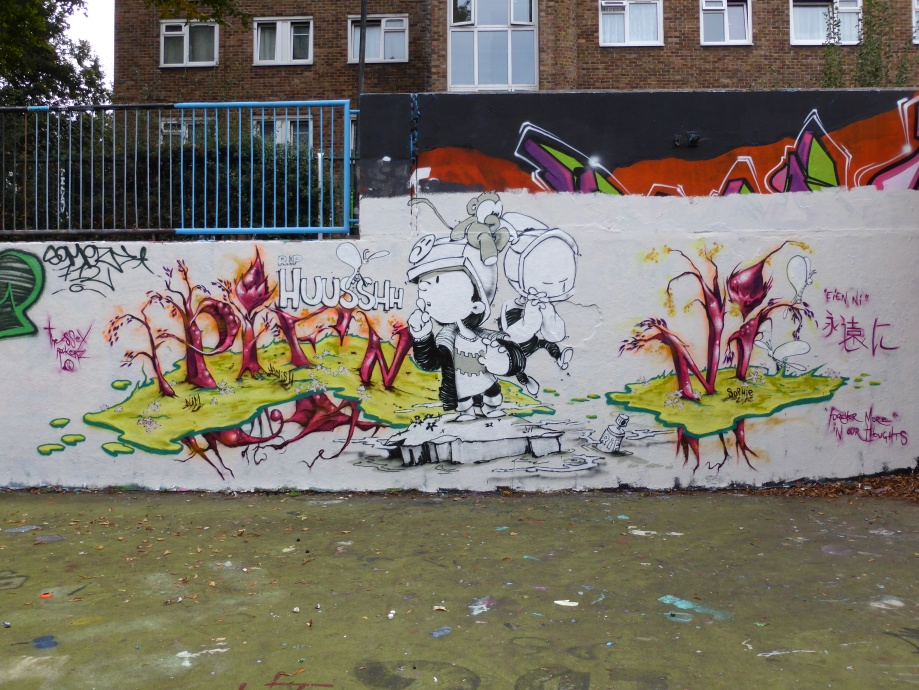 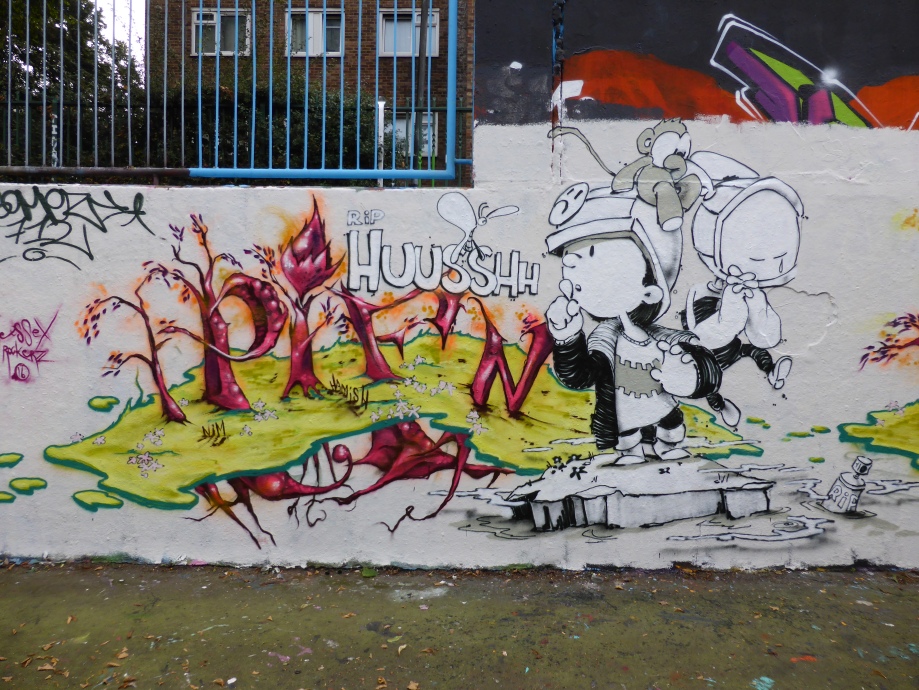 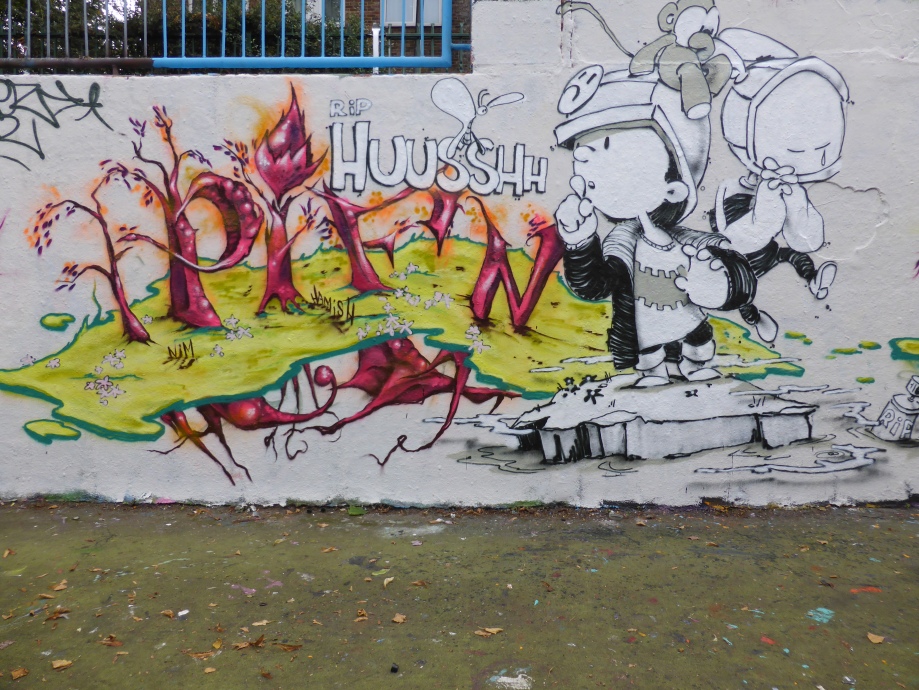 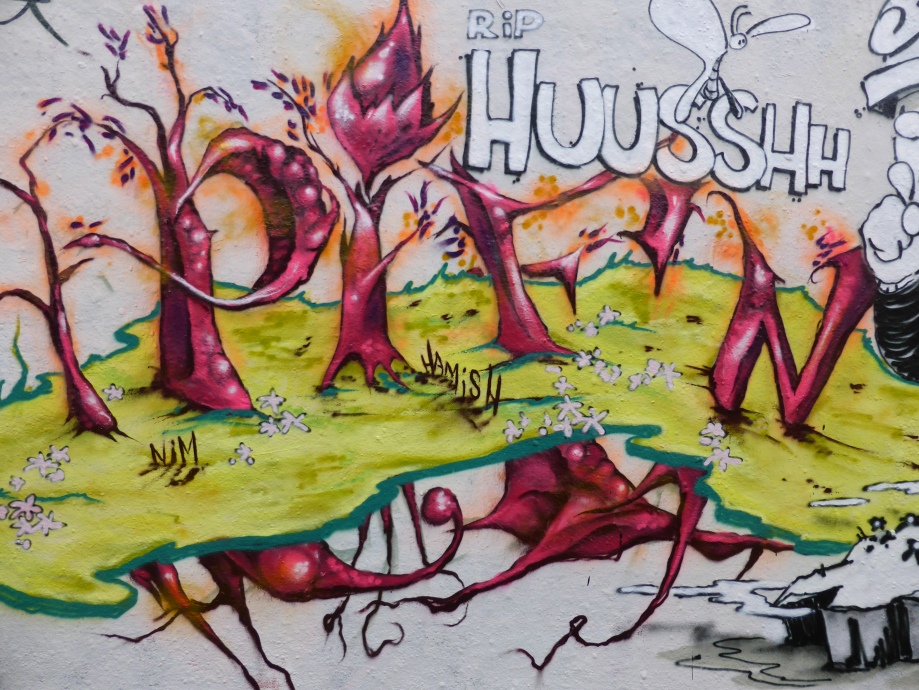 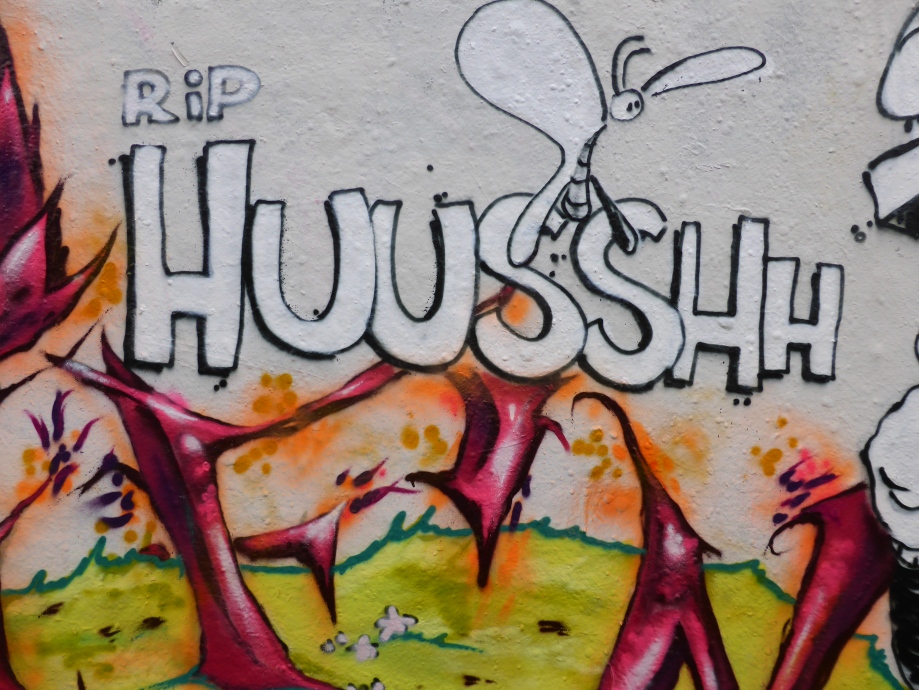 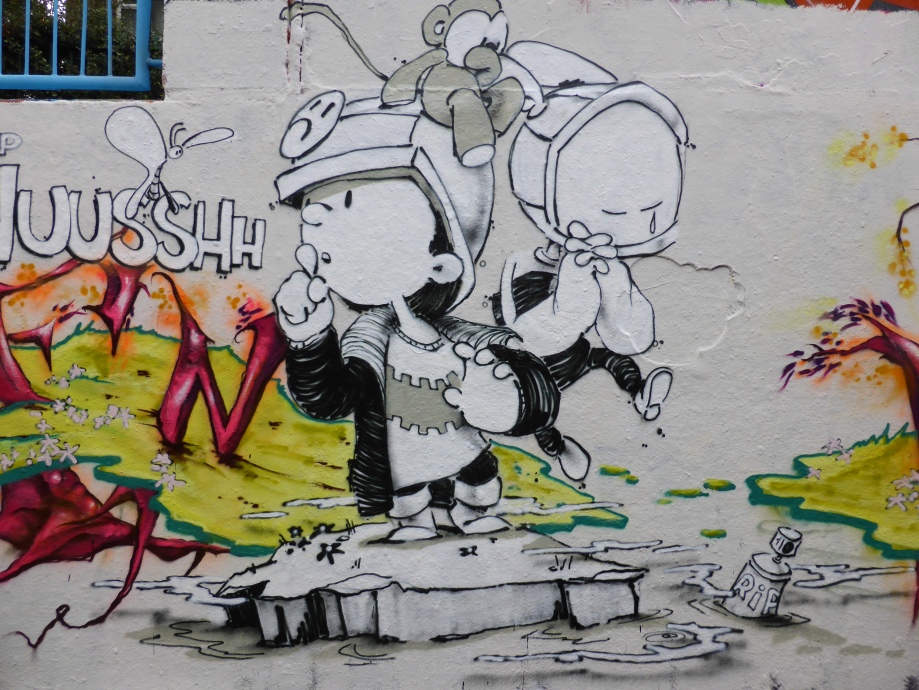 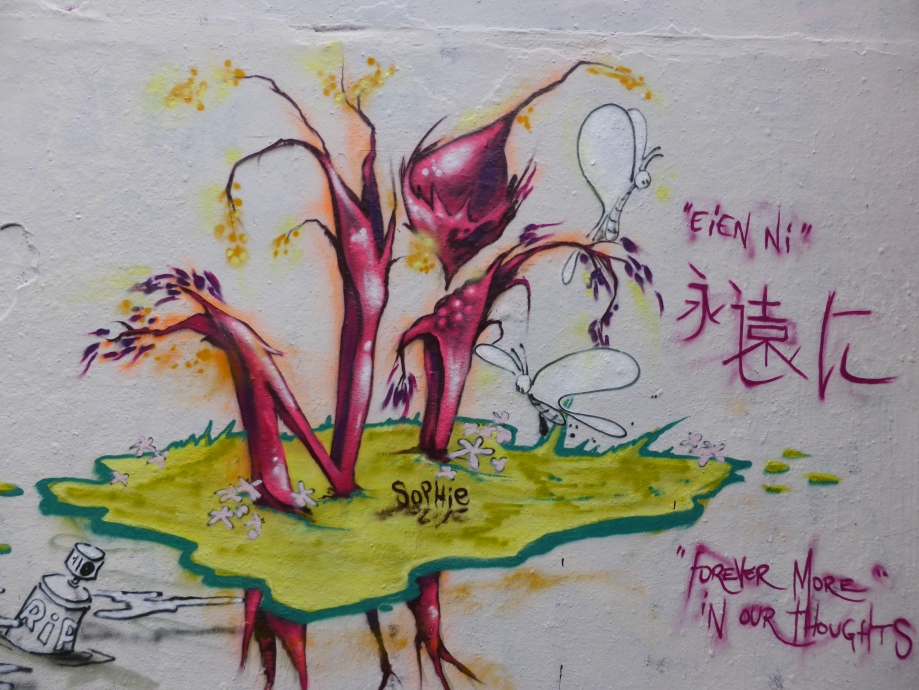