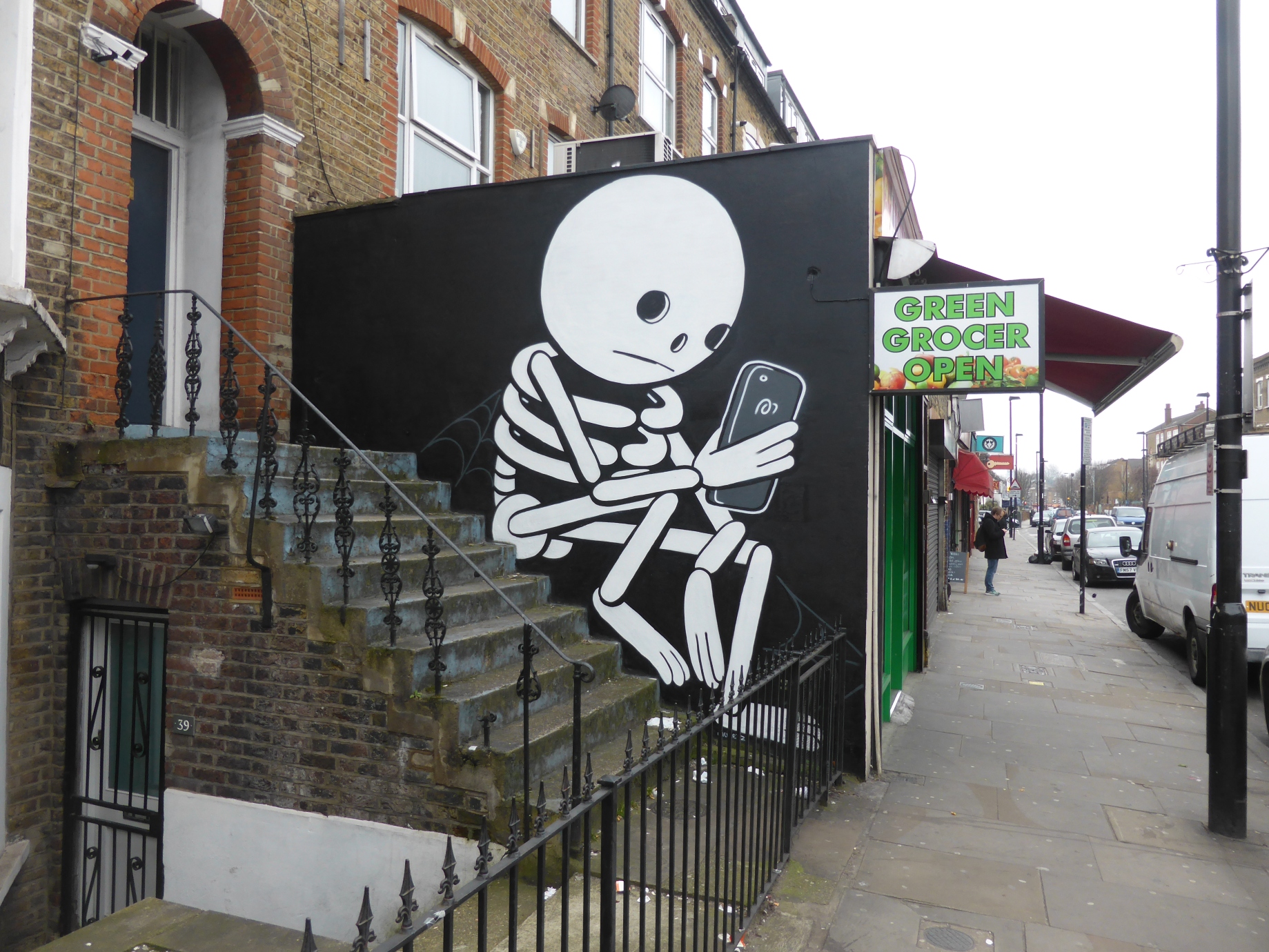 A couple of weeks ago London received a visit from Sao Paulo based Street Artist Mauro Golin, aka Muretz, who on his short visit left London with two works, one in East London and one in North London. Muretz’s works are defined by his distinctive style focusing on soft depictions of playful and imaginative ideas. Which is exactly what he has done with his latest pair of London works. 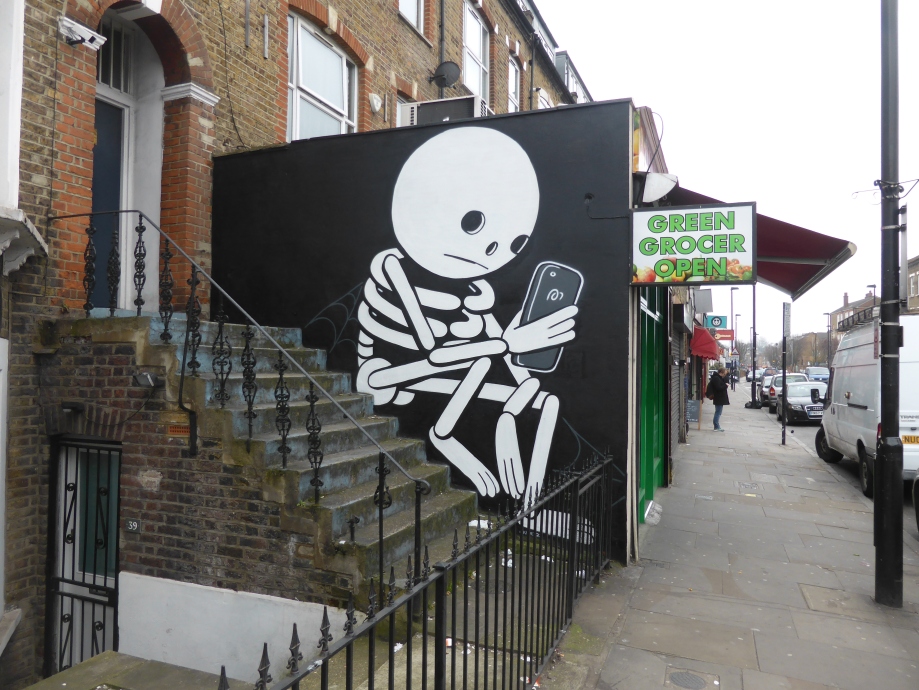 Work in Blackstock Road, Finsbury Park, and was put up with support from Pigment. 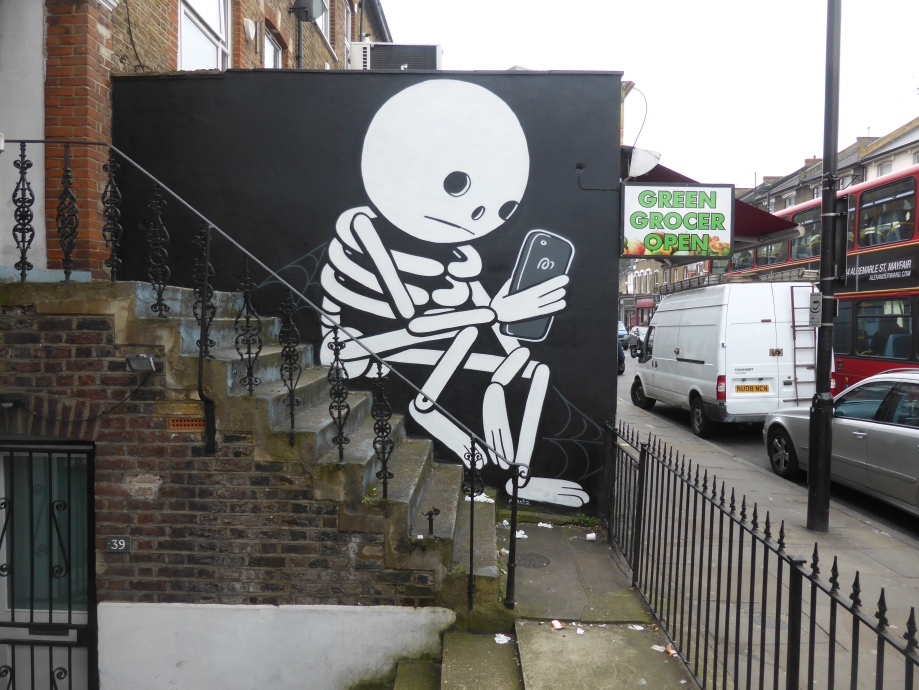 This is a superb work, which makes fantastic use of of the space, depicting a skeleton sat on some steps outside a house casually looking at his phone. 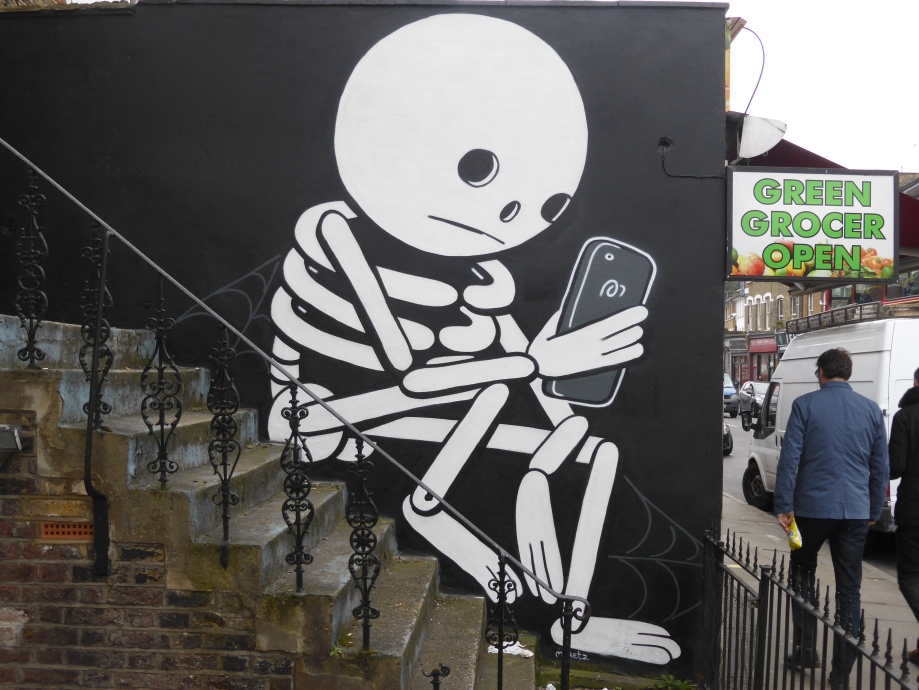 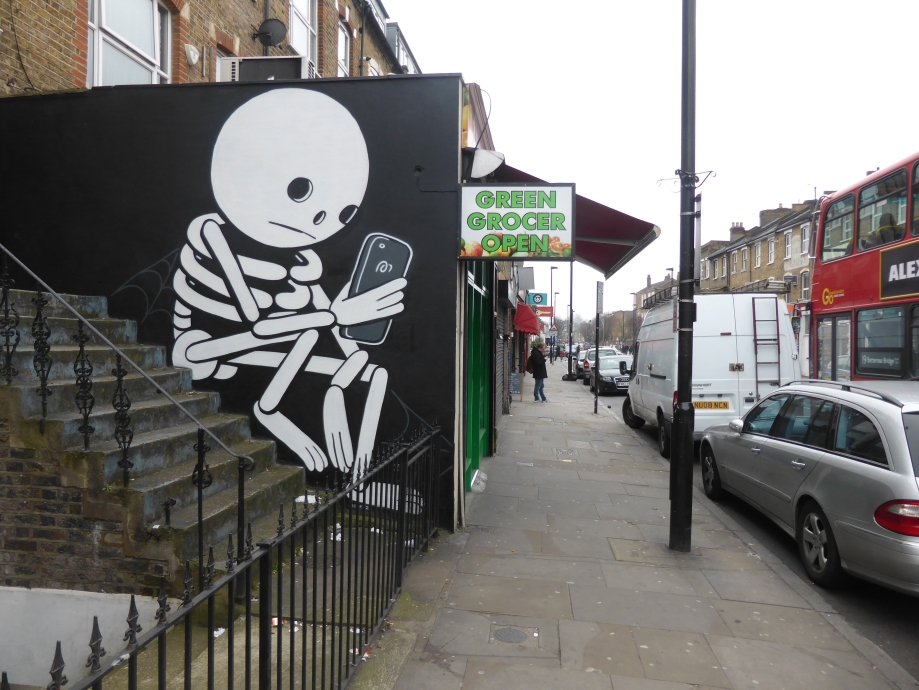 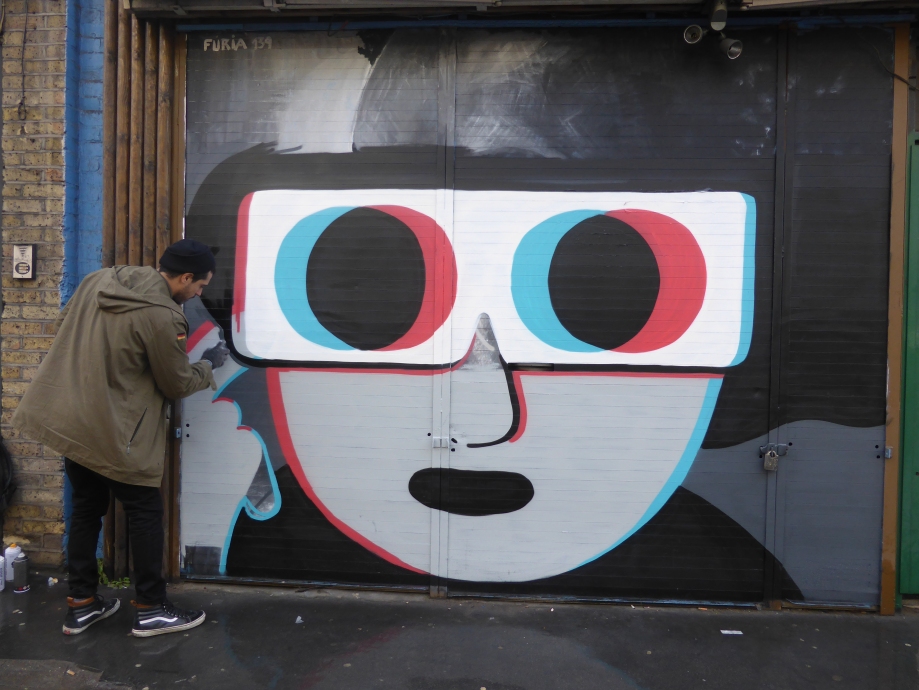 Muretz at work on Commercial Street. 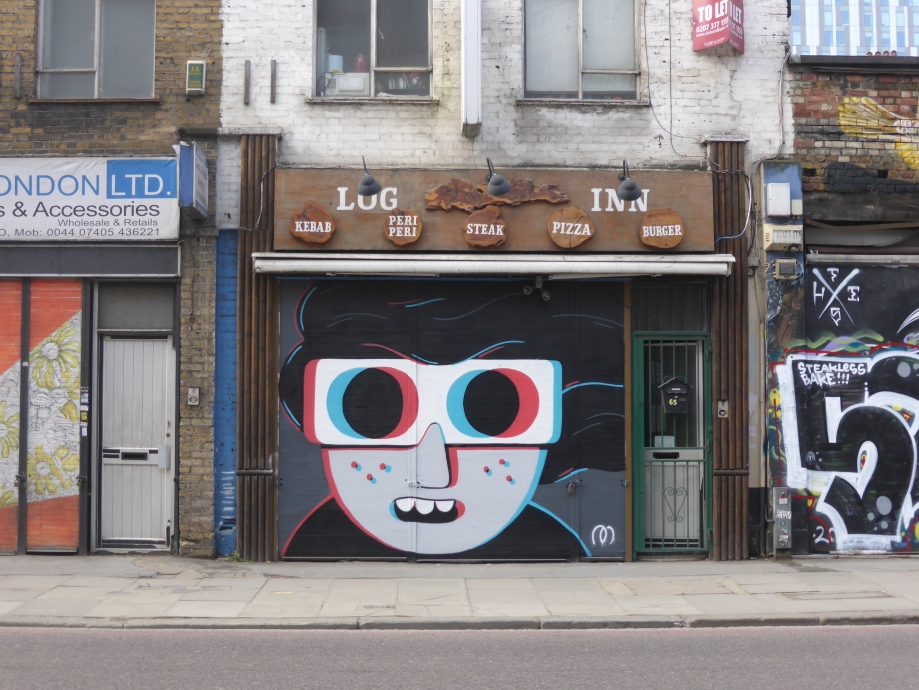 Work along Commercial Street in Spitalfields, and was put up with support from Holmes From The Crypt. 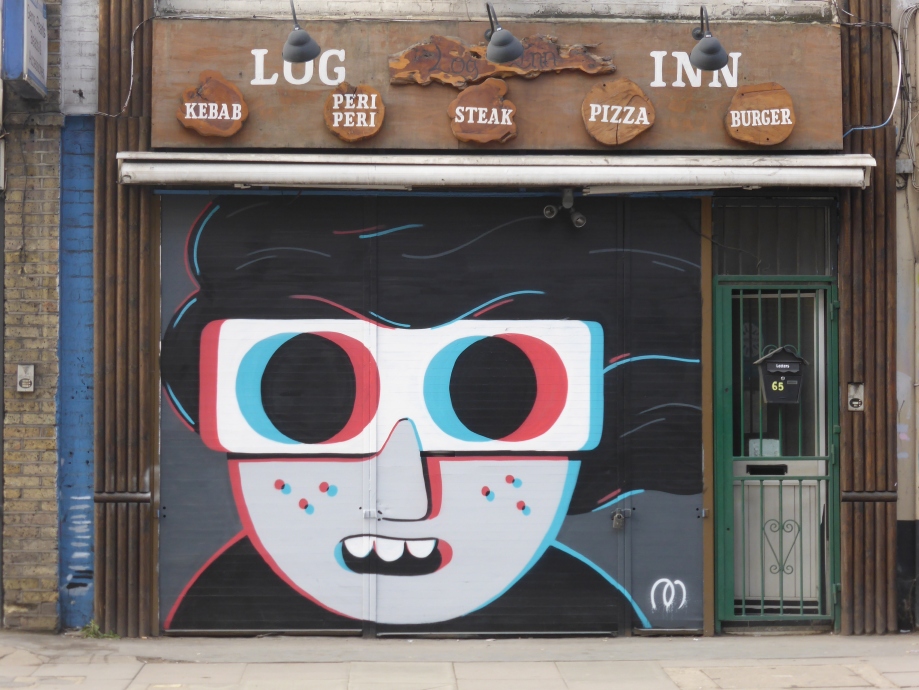 Muretz’s second London work, with a take on a common theme in his work, namely that of the depiction of a character wearing 3D glasses. This in turn creates its own image of a Anaglyph 3D style, which contain two differently filtered coloured images, one for each eye. So when the image is viewed through the filtered lenses of Anaglyph glasses, each of the two images are viewed by the correct eye to reveal the stereoscopic image within. 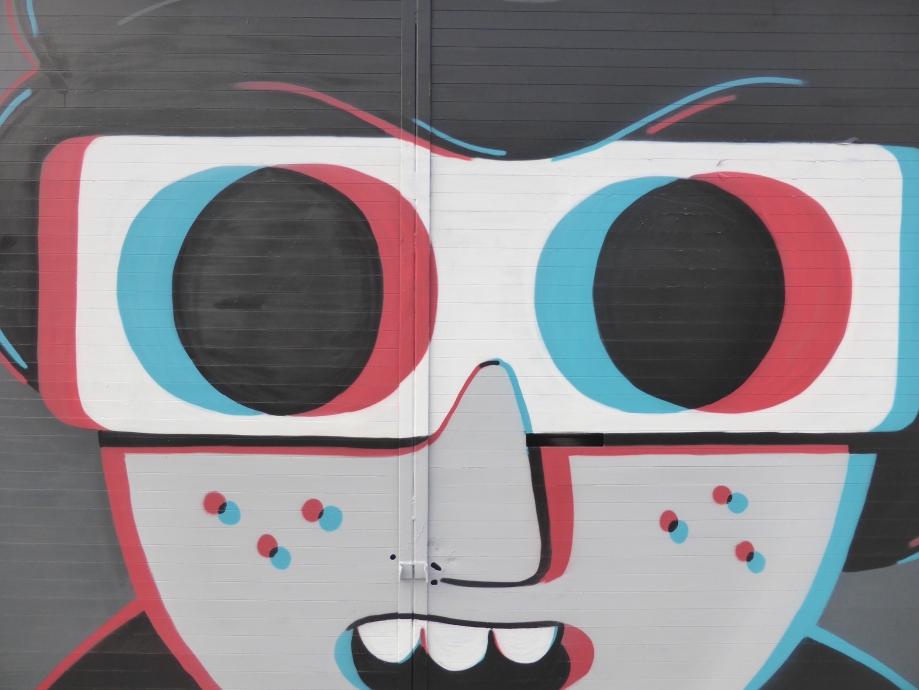 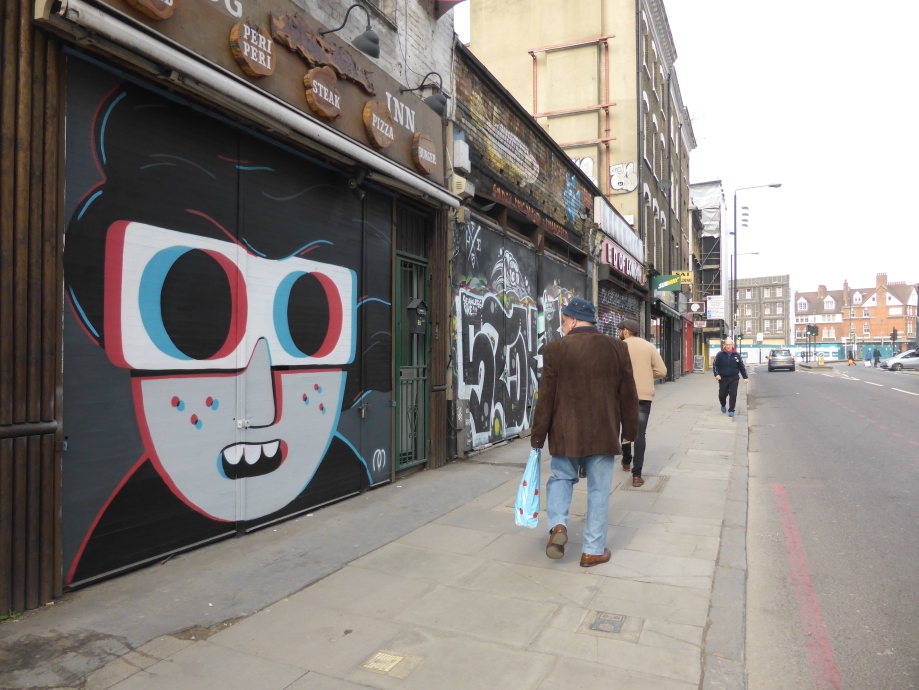 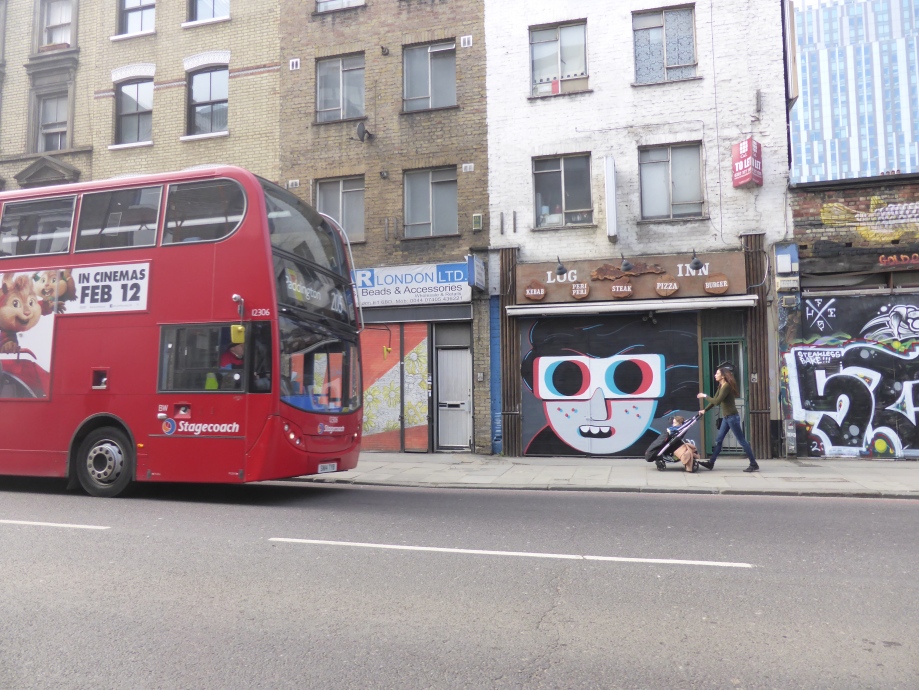 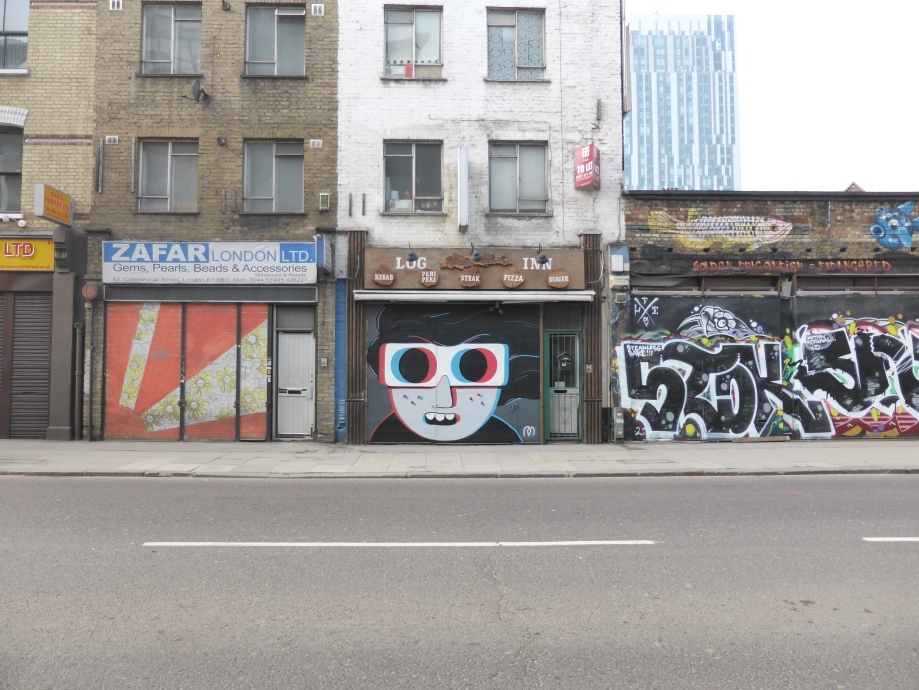