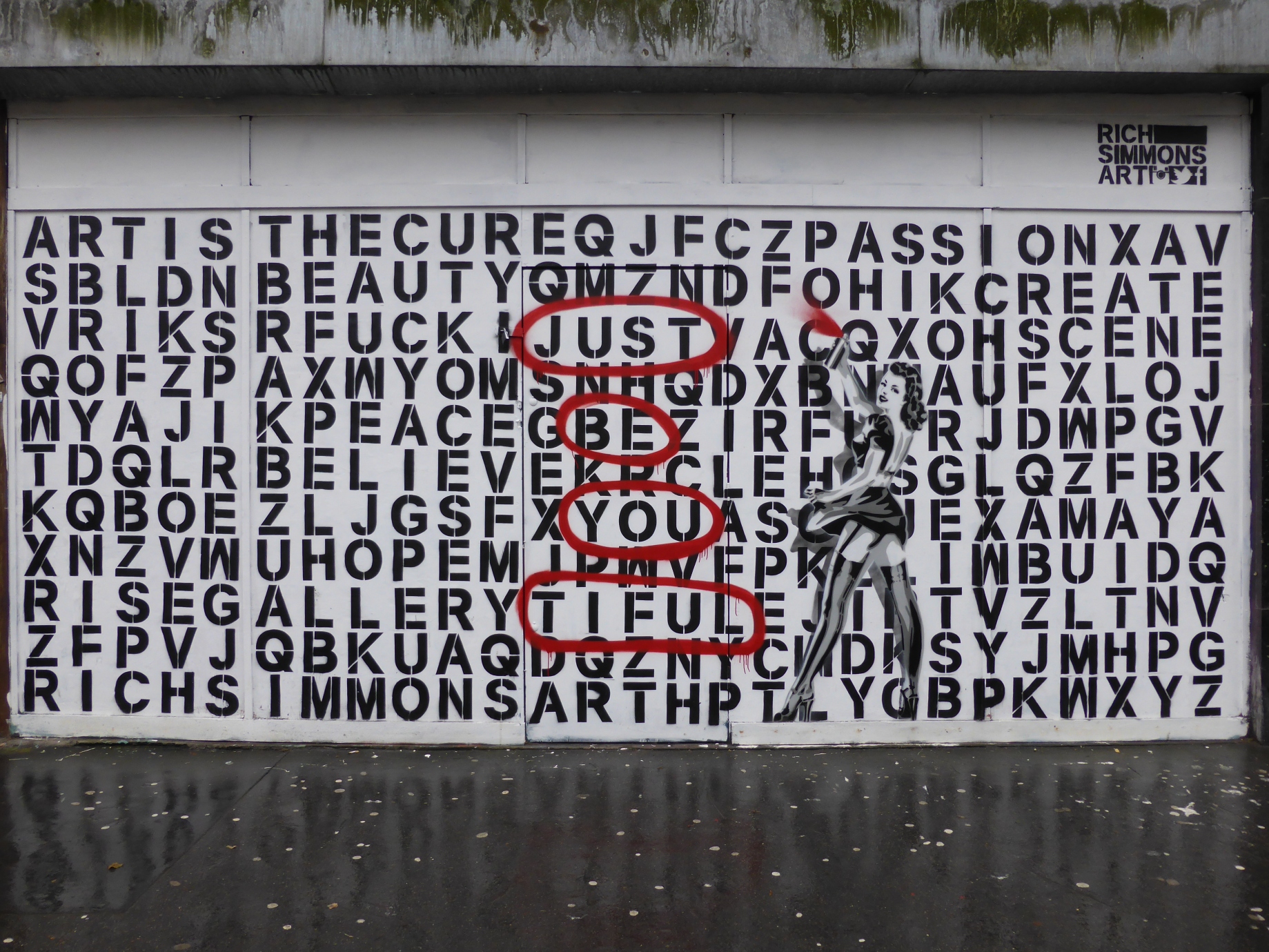 It’s been a few month since we last provided a full update on the various happenings in Croydon’s Arts Quarter, but that doesn’t mean we haven’t been popping by to keep abreast of the developments. In that time we have reported on the stunning pieces from David Hollier (covered here) and Mr Cenz (covered here) however we also have a nice range of Street Art and Graffiti to share with you.

This superb and captivating work in Croydon features aviation pioneer Amy Johnson, with a particular symbolic placing in Croydon as she was the first woman to fly solo to Australia, taking off from Croydon Airport in 1933. 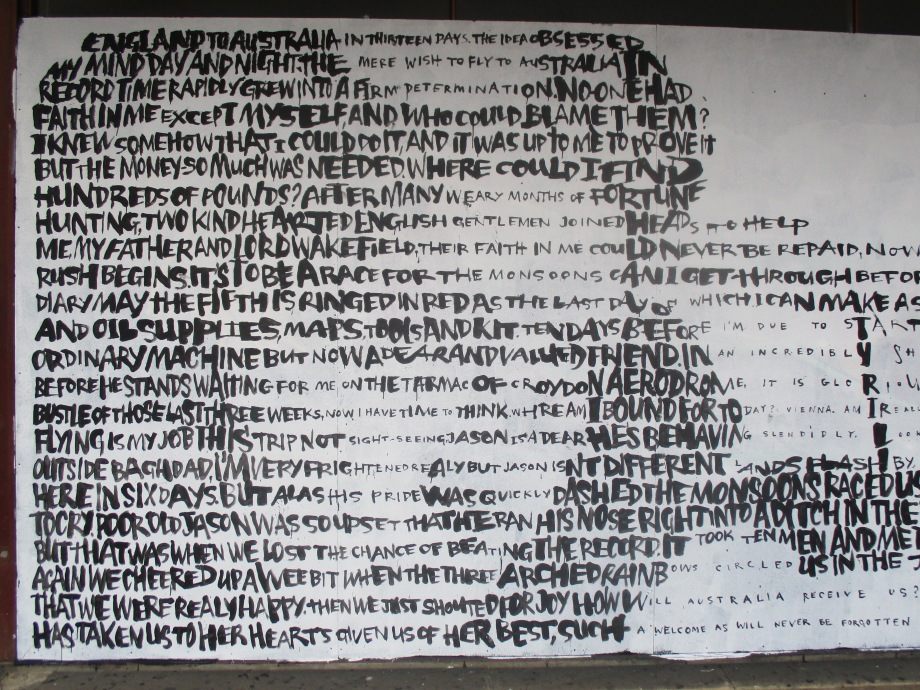 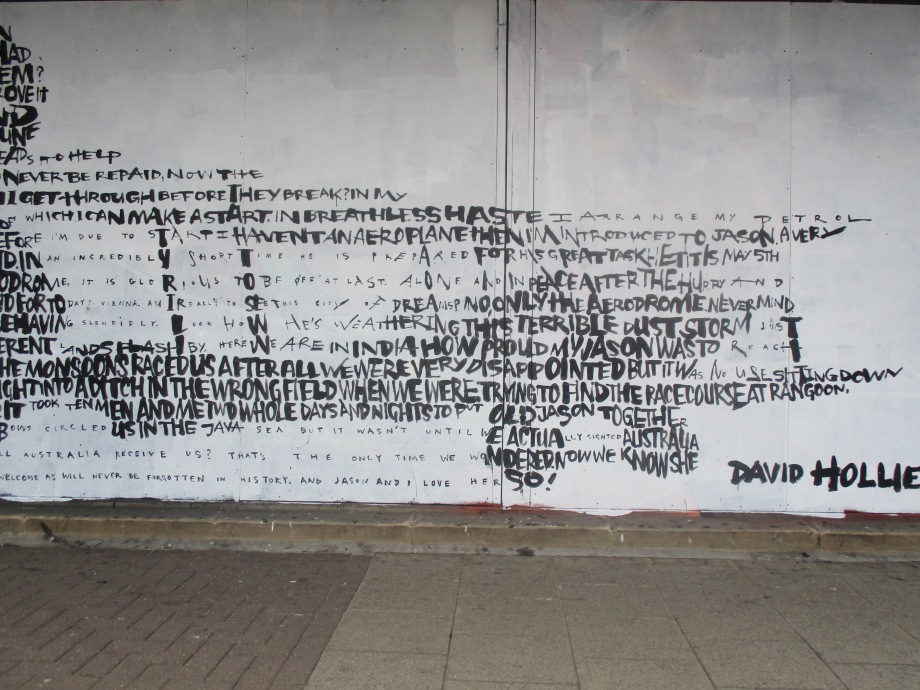 Lovely organic flowing work from Morgandy, of the Minesweeper Collective, on the fruit stall outside East Croydon Station. 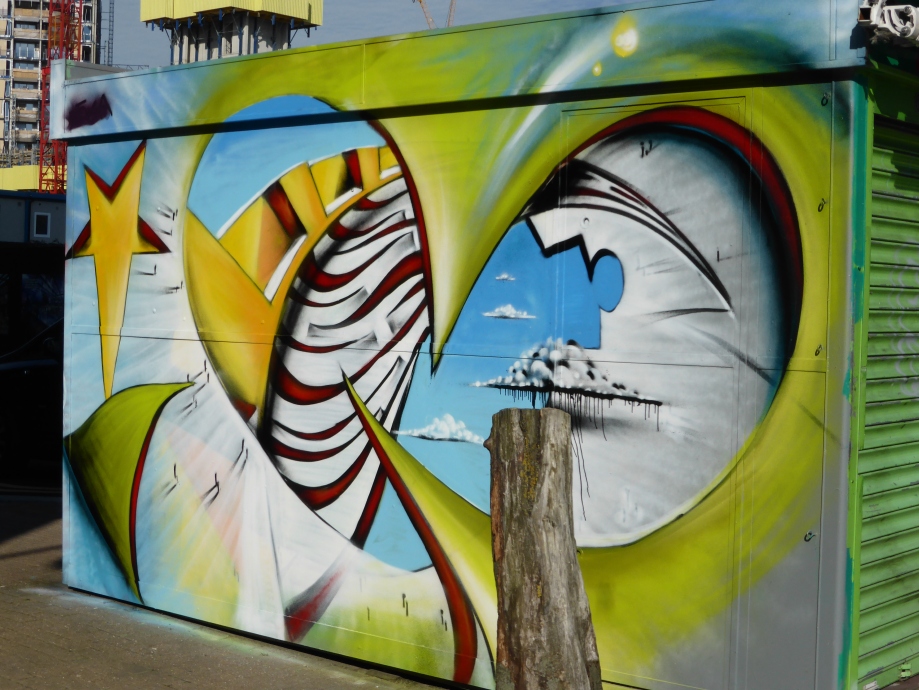 Detail of work by Eska. 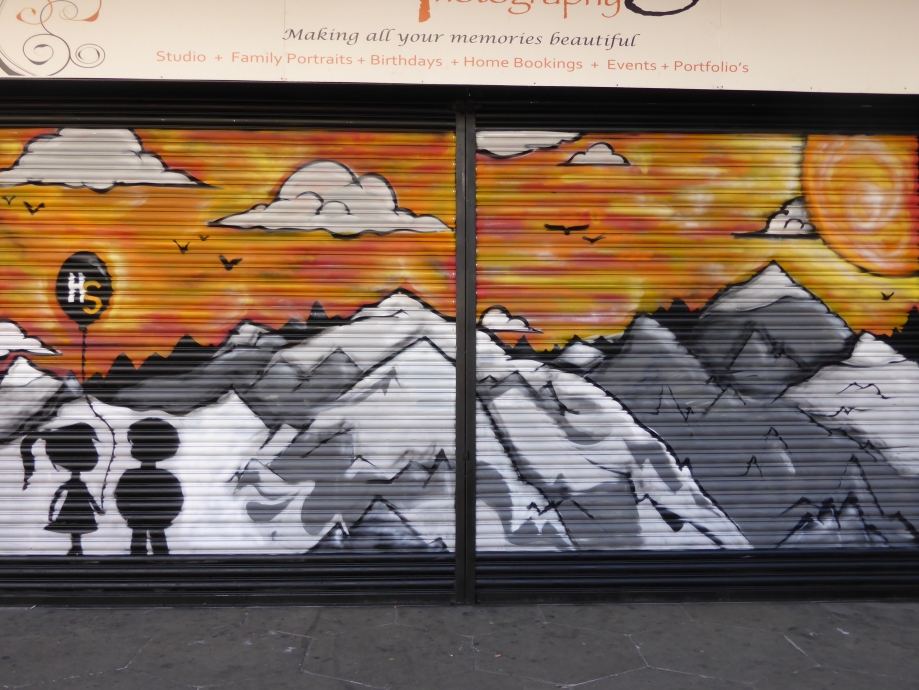 Fantastic and intriguing work from Illustre Feccia, of the Minesweeper Collective, on Katherine Street. This work represent the dichotomies between ‘instinct’ on the left and the ‘primitive’ on the right, ‘intellect’ versus ‘death’ tied together through the connection of thoughts. On an aesthetic level the sketch like effect was impressively created through the use of dry paint on a brush to be used like a pencil.

Detail of work by Illustre Feccia.

Detail of work by Illustre Feccia. 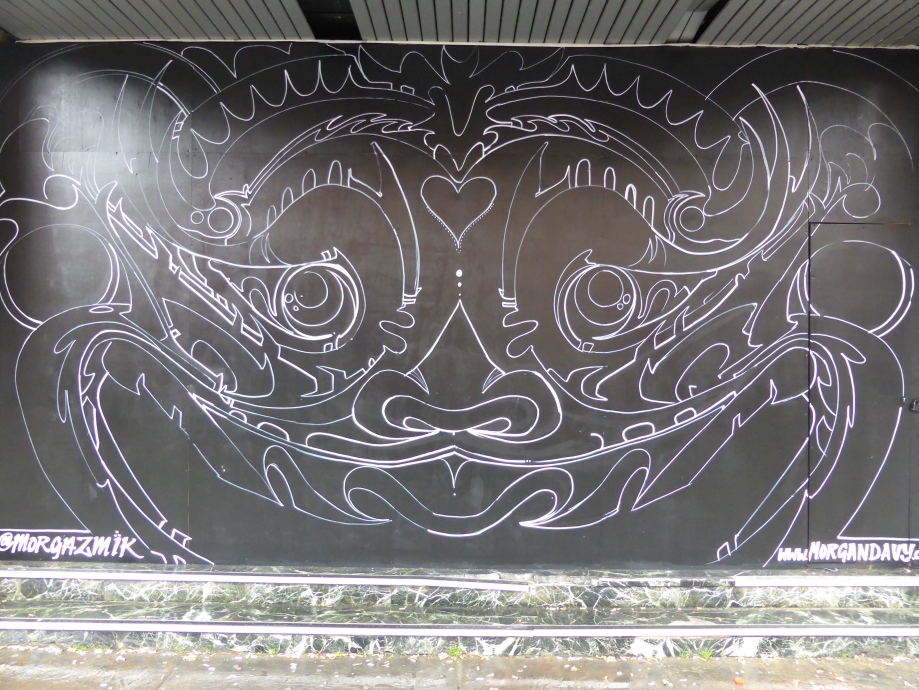 Work by Morgandy featuring an Asian dragon, interesting to see a lesser colour palette from Morgandy. 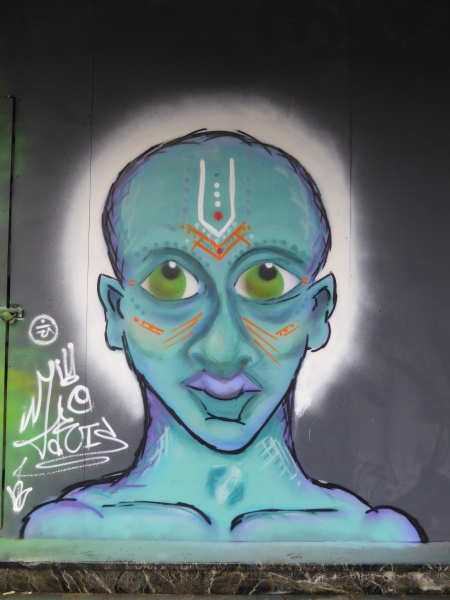 Work by ??? of the Minesweeper Collective.

One of two works put up by Dotmasters in Croydon High Street, the first works put up as part of the Croydon Mural Project, which will see more works placed about the town centre beyond the Arts Quarter.

This large-scale Toy character was created without the use of stencils and looks just great, standing over Croydon High Street.

The second of two works put up by Dotmasters in Croydon High Street, the first works put up as part of the Croydon Mural Project, which will see more works placed about the town centre beyond the Arts Quarter.

This large-scale Rag Doll character was also created without the use of stencils and looks just superb.

Superb work from Rich Simmons ‘Just Be You Tiful’.

Detail of Rich Simmons’ ‘Just Be You Tiful’. 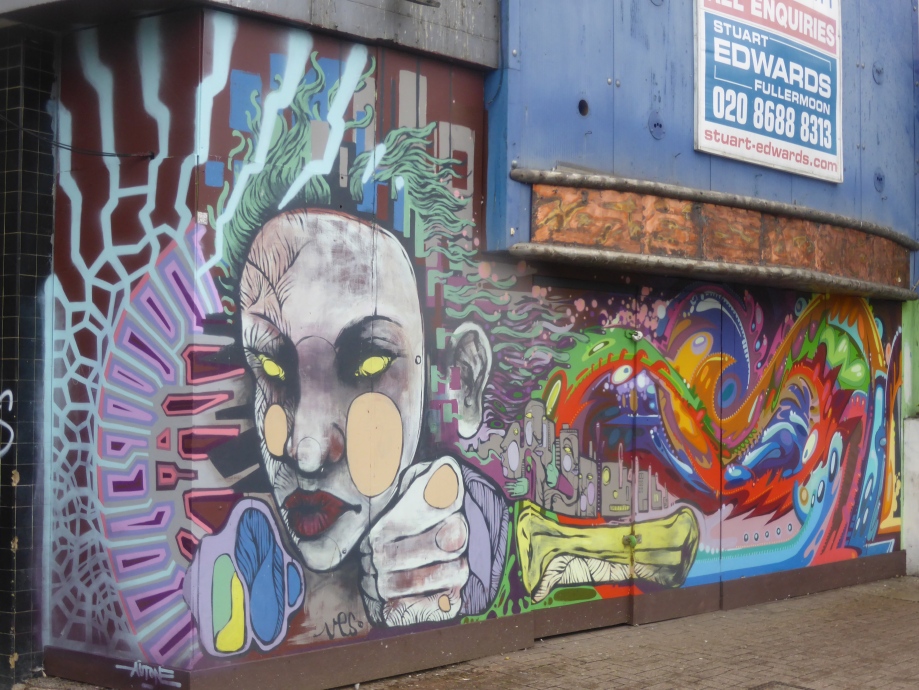 Work by Vesna Parchet & Morgazmik, of the Minesweeper Collective, with additions by Autone on the left hand side.

A pair of Tizer’s distinctive characters in Park Street. 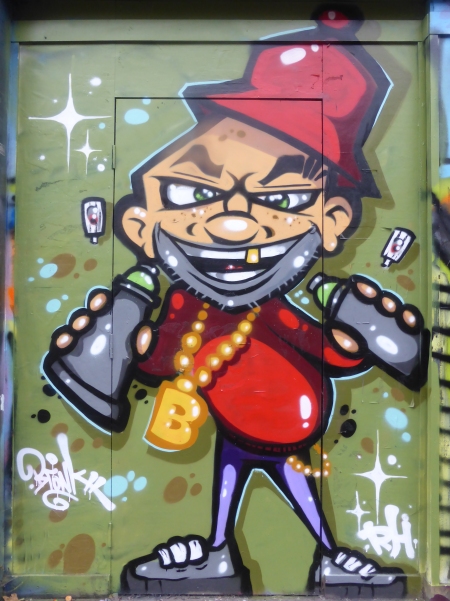 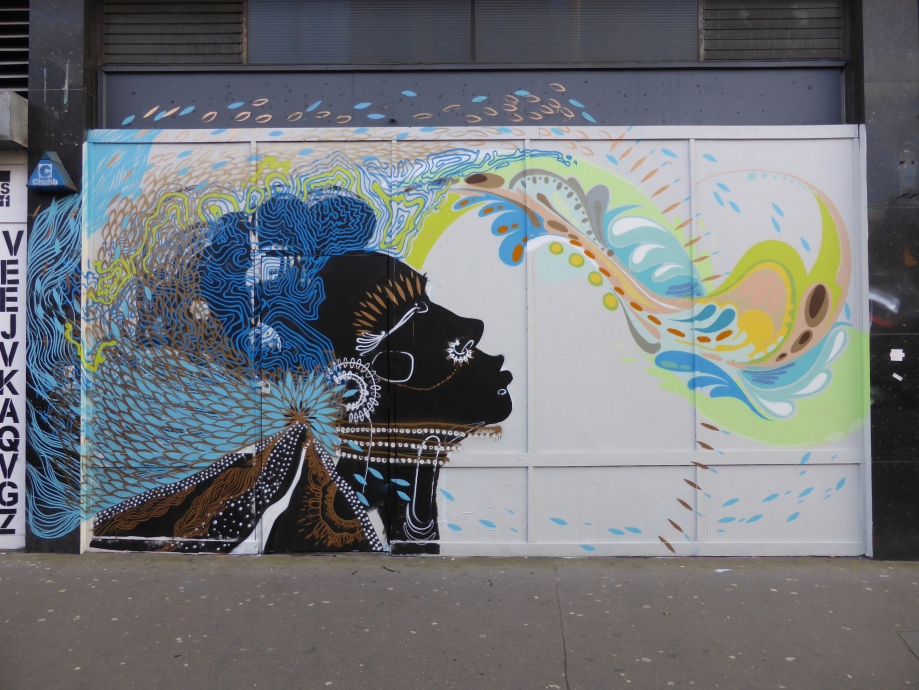 Beautiful work from Stedhead & Morgandy, that is just flowing with cosmic and positive energy.

The second recent addition to the Arts Quarter from Rich Simmons, this time with a Pop Art styling that really catches you as you walk past.