On October 1st the latest exhibition opened at the Proof Gallery off of Brick Lane, entitled ‘Momentum’ featuring works from Weird Crew duo LOOK & VIDAM, who both showcase three new works each in this dinky little gallery. Though we were unable to make the opening night we here at London Calling Blog finally made it to the exhibition a few days back and were delighted with the two bodies of work on display, that are different in style and intent yet nonetheless compliment each other well, focusing on blending elements of abstraction and figuration in their works.

Lars Wunderlich, aka LOOK, from the former East Germany. has been painting since childhood, which led him to the world of Graffiti at the age of fifteen and has vastly influenced and dominated his artistic focus since.  Attila Szamosi, aka VIDAM, born in Budapest, but raised in Germany, his youth was influenced by comic books and flyer designs, so after finishing school, he moved to Berlin to become a designer himself. It was at this point that VIDAM met with LOOK and formed a partnership that has endured since, fueling his passion for painting.

For this exhibition, LOOK has placed his focus on subjects orientated around movement and time, frozen and mirrored into a visual abstract manifestation. In these works the moment of change is depicted through the distortion of the human body. This sets the basis for the themes of refugees, climate change and the allocation of wealth in his works for the exhibition.

For this exhibition, VIDAM has created a body of works under the topic of ‘Escapism’ which are defined by the imagery of happy people celebrating together, capturing ideas of celebration of life and the love of friends, however also setting to act as a juxtaposition between the hedonistic approach of seeking happiness and escapism by people in modern city life and the current situations refugees are facing in order to escape vastly more serious problems in their home countries.

The exhibition runs until November 1st and the Proof Gallery is located at 26 Cheshire Street, just off of Brick Lane. 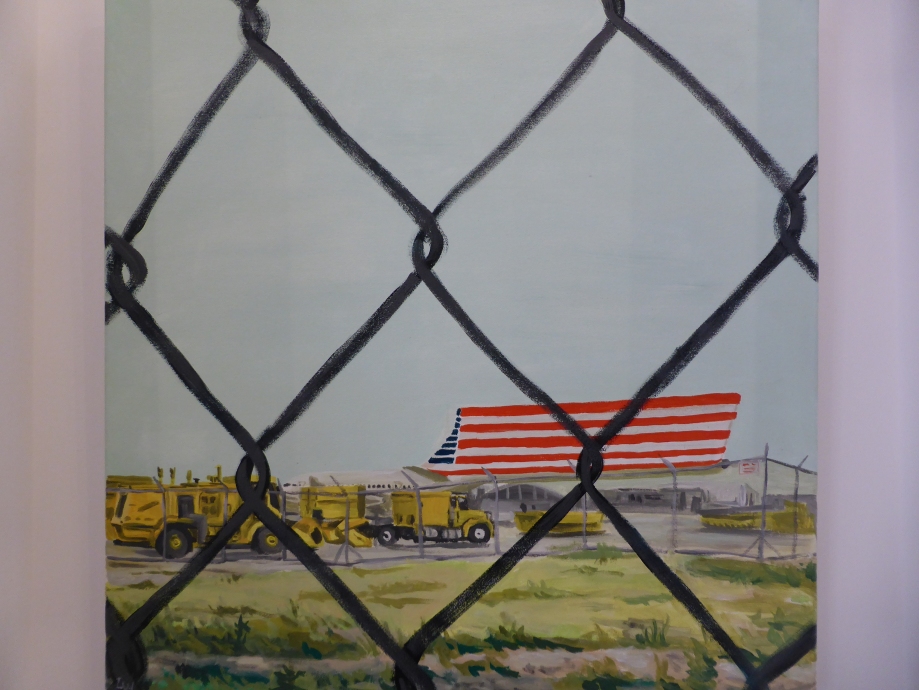 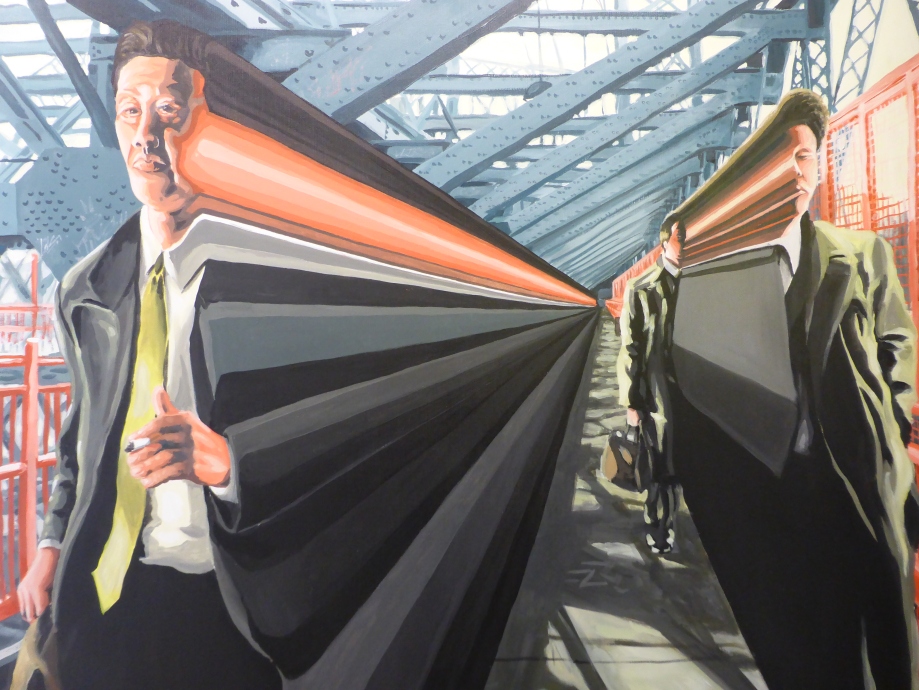 This was our favourite work in the exhibition and really has to be seen. 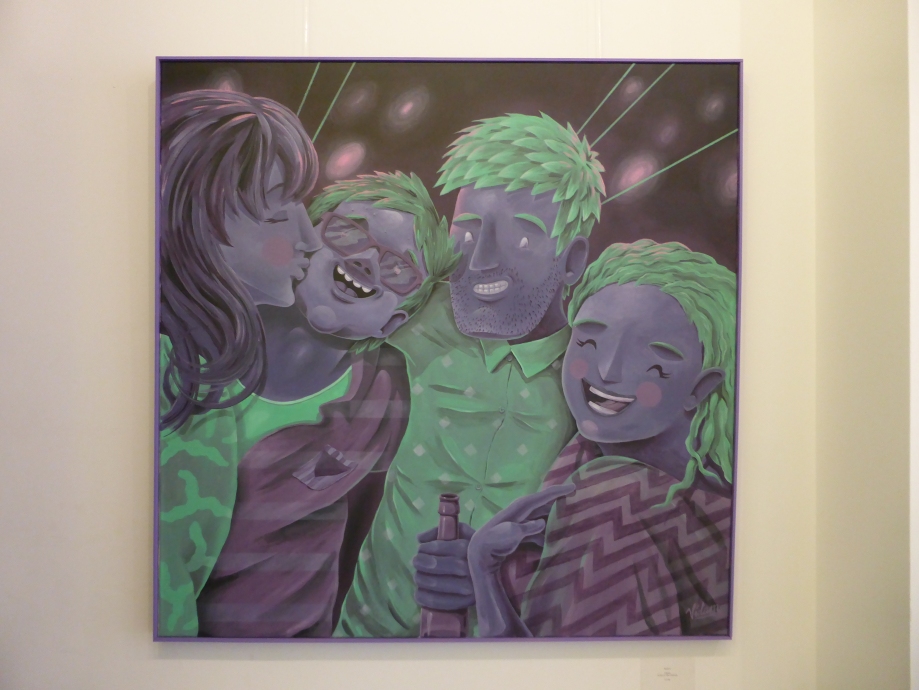 Work placed up in Paradise Row, Bethnal Green by Vidam, before heading back to Berlin following the opening of the exhibition. This wall was put up with support from the Hidden Streets Of London.