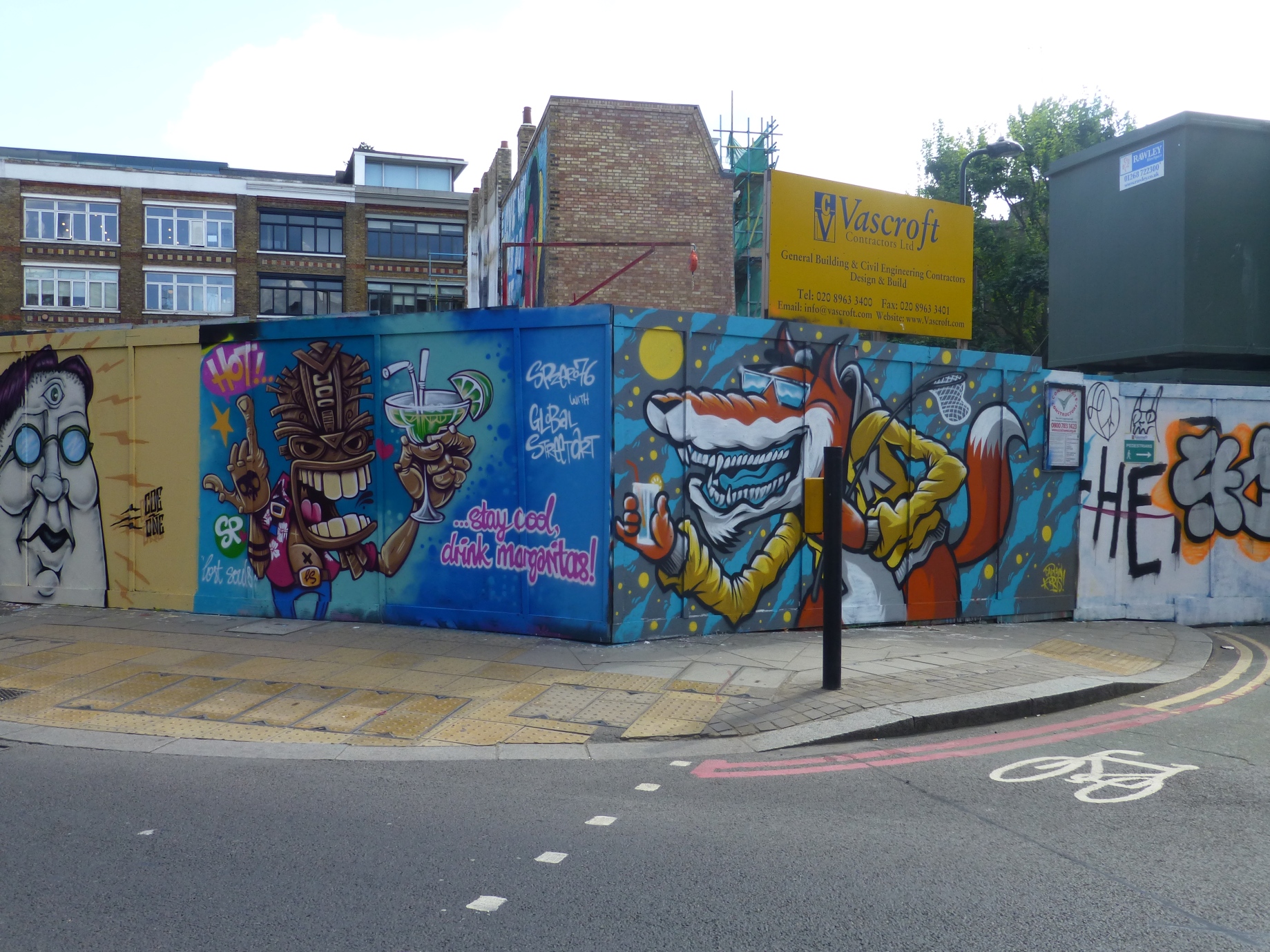 Last week in Shoreditch Lost Souls Crew duo Captain Kris & SPZero76 hit up two collaborative works. Despite the intense heat and sunshine that enveloped London last week, Captain Kris was at work in Great Eastern Street last Tuesday and SPZero76 hit London on Saturday to add his addition to the work on Great Eastern Street and then the duo laid out a piece together in Cygnet Street. In true Lost Souls style the works are instantly recognizable as their own and offers plenty to look at, always a pleasure to witness the comic styling of these artists. 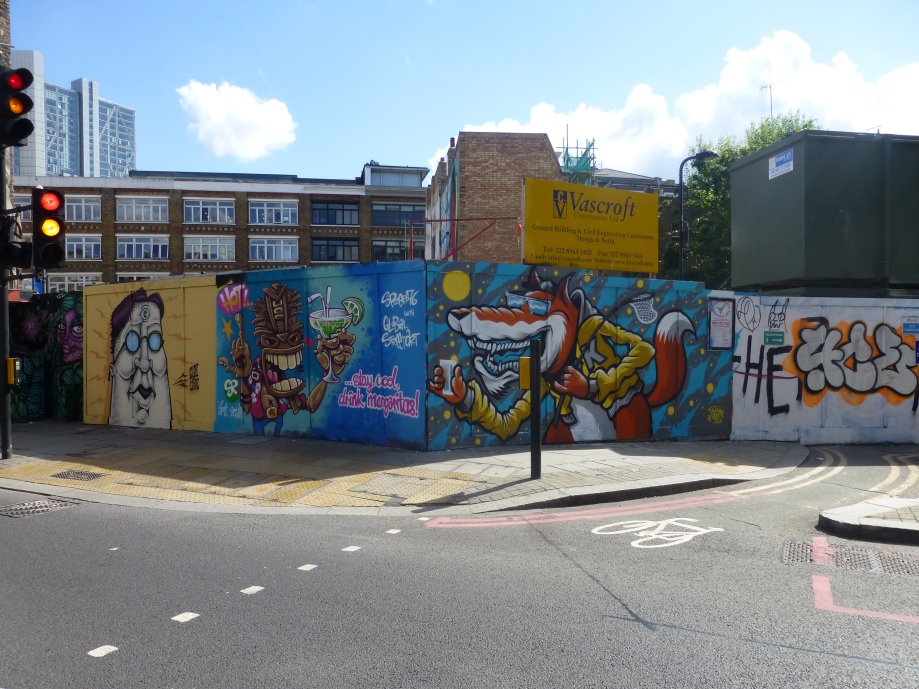 Work by SPZero76, placed up Saturday & Captain Kris placed up on Tuesday in Great Eastern Street and both in the immense heat wave that engulfed London last week. 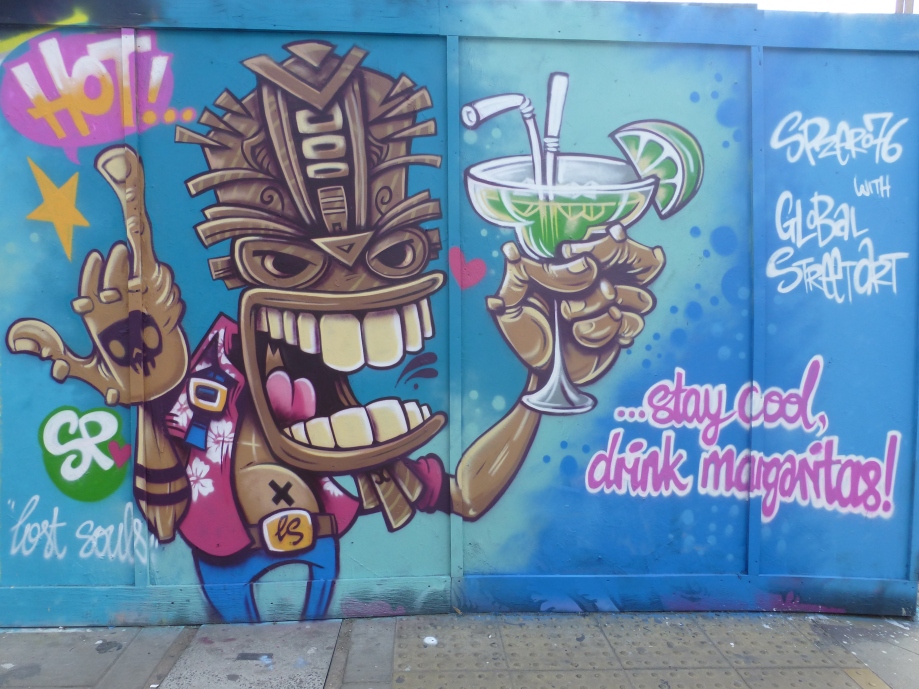 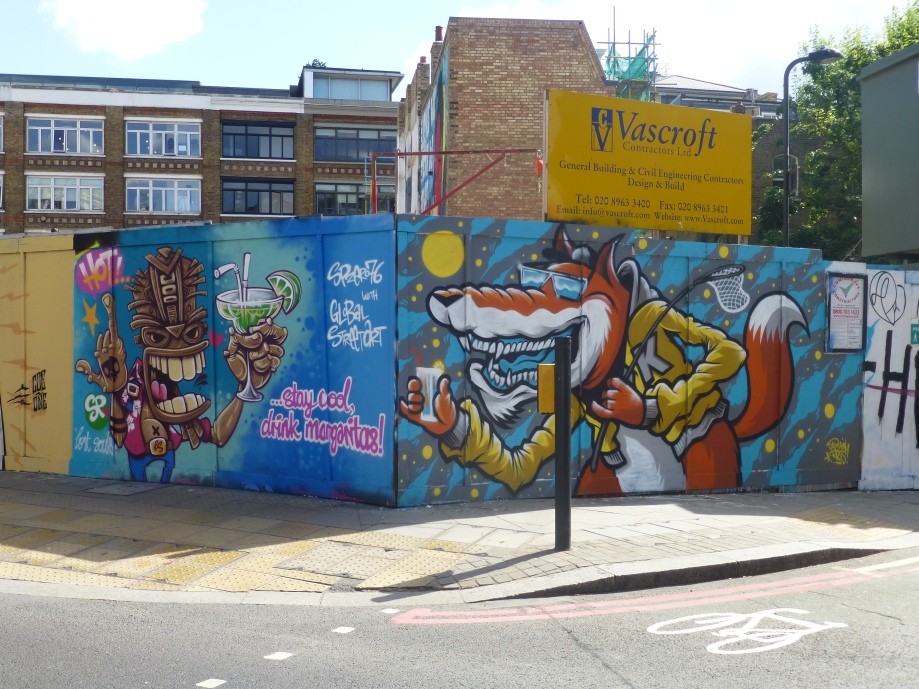 Work by SPZero76 in Cygnet Street, his second work on Saturday in Shoreditch.