Well its been a fine week in London for street art on a whole, and French, but London based, Street Artist Zabou has been out and about painting yet again, she certainly is proactive and prolific of late in her work. Over the last week Zabou has laid out two of her delightful stencil based works around the East End, with the first in Broadway Market, Hackney, last week and the second in the Truman Brewery, Brick Lane, over the weekend. Both pieces are impressive, with one adopting a very typical Zabou style sense of humour and the second just being beautiful and touching. 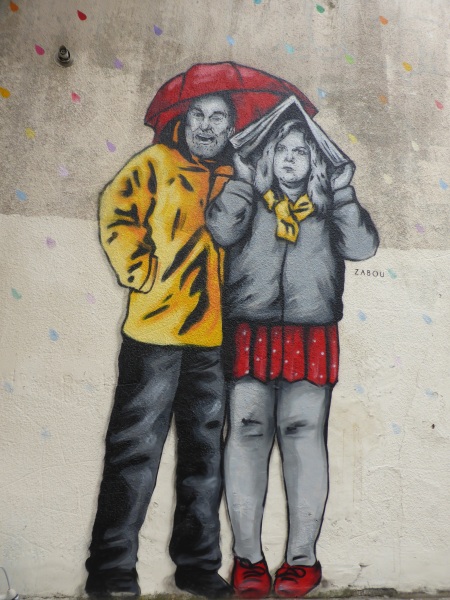 Work entitled “Summertime (yay!)” in Broadway Market. This piece was inspired by “the ‘amazing’ weather” in England. Great work and you can tell Zabou has been living here long enough to lay out such a fundamentally British themed work. Superb.

This work entitled “Star Finder” is in the Truman Brewery in Brick Lane and is painted on a rather large 5x2m board. This piece is just lovely. Despite the very barren landscape, the piece really generates a sense of closeness and warmth. 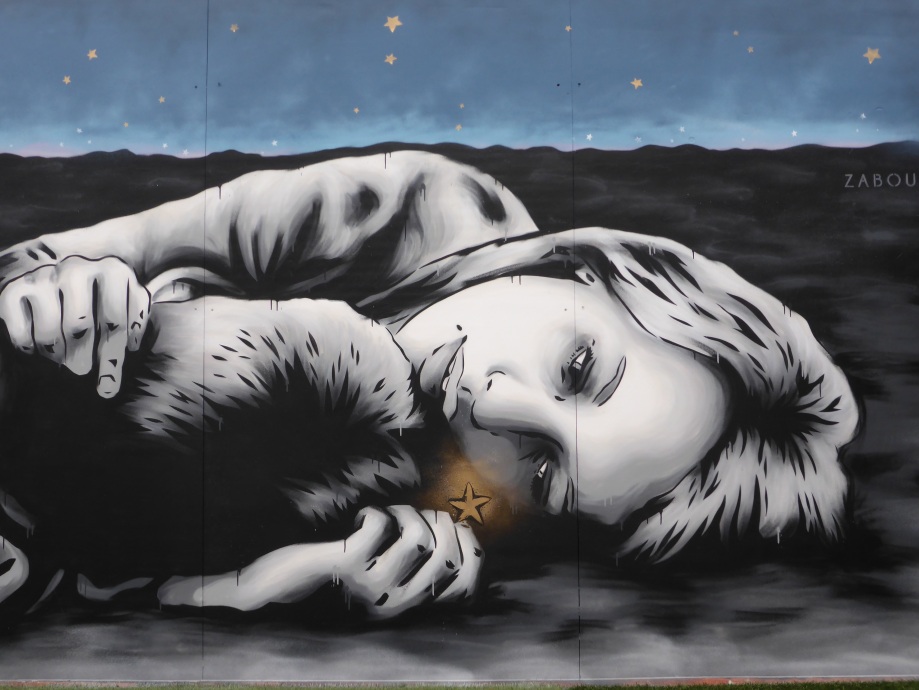 We here at London Calling sincerely doubt it will be too long before Zabou creates something new around London, and when she does, we will be going to find it and share.

2 comments on “New Works From Zabou In The East End”