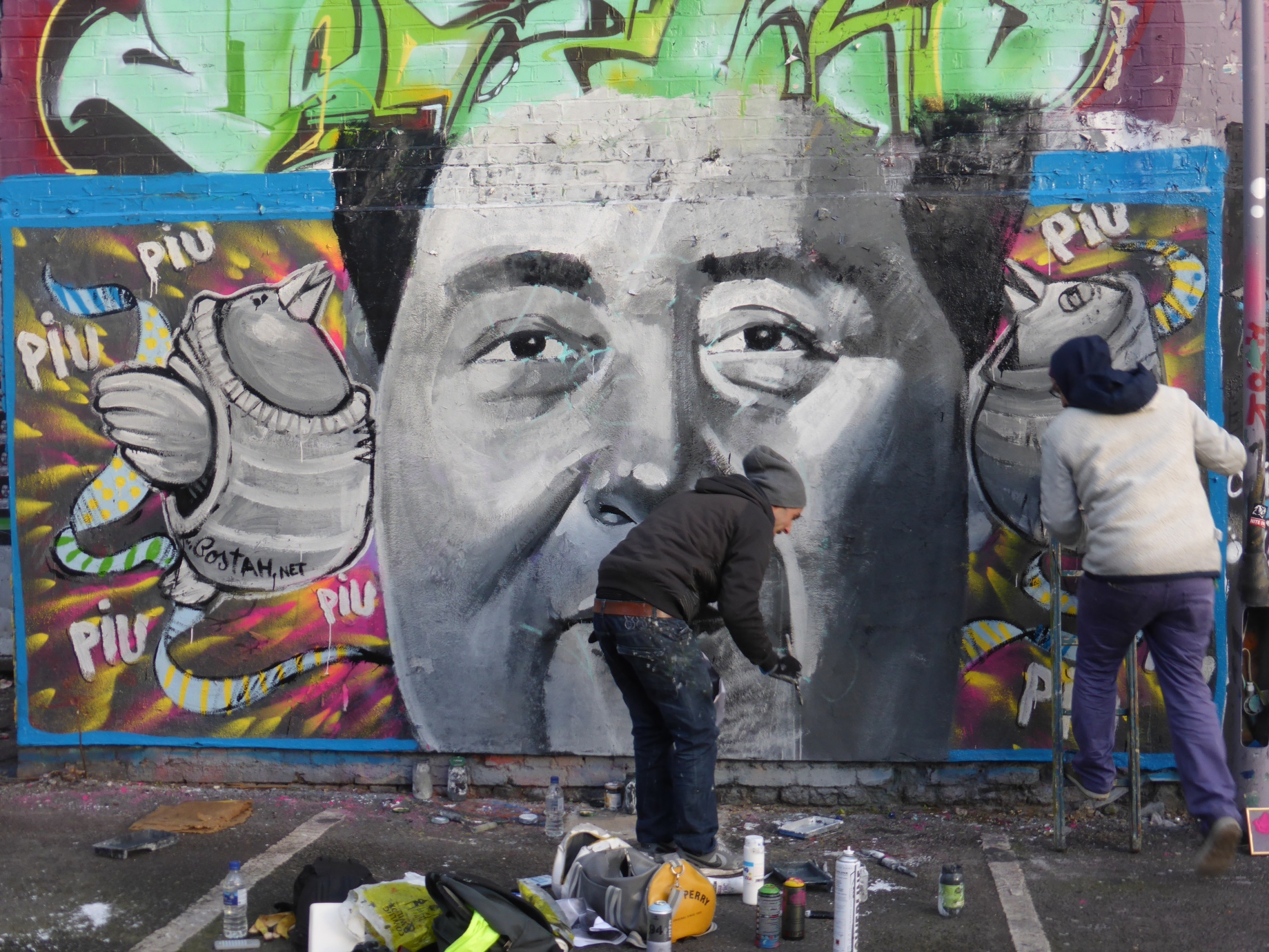 Yesterday afternoon in the car park on Sclater Street, one of the prime locations to paint in Shoreditch, I bumped into Portuguese duo Furia ACK & Costah, both residents of London, painting a collaboration piece over a previous piece of work by Furia ACK in the same spot that had finally succumb to being tagged over. Despite the near freezing temperatures on London’s streets the pair were in fine spirits while they worked away on this beautiful piece. Costahs birds as paste-ups and spray paintings can be spotted throughout the Brick Lane area adding some colour to the streets, while Furia ACK paints pilitical figures and social reformers from around the globe. This depiction of Chairman Mao, one of modern history’s most iconic figures was apparently only decided upon for the subject matter that very morning. Furia ACK has painted multiple pieces around the streets of Shoreditch and Brick Lane in his trademark black and white style armed with his paint brush and household paints. On this occasion i feel the colours of Costah’s artistic style really added a new dimension to Furia’s subject and made for an interesting and pleasant change to his generally powerful images, there was certainly an element of fun with this piece. Sclater Street car park is often a busy place on Saturdays as this is the only day when access to the walls can be gained for any significant time, due to the car park being in use during the week and being part of the Brick Lane Market setup on Sundays. Due to its location running from Shoreditch Overground Station to Brick Lane there was unsurprisingly a constant supply of passers-by stopping to chat to the artists and take snaps, as well as many visits from the increasingly popular street art tours run throughout the area of a weekend. Despite the constant interruptions to their work, from myself included, the pair couldn’t have been more courteous to all that passed by really creating a sense of public art. Thanks a lot guys can’t wait to see future works.

Costah working on one of the final touches, the party streamer. 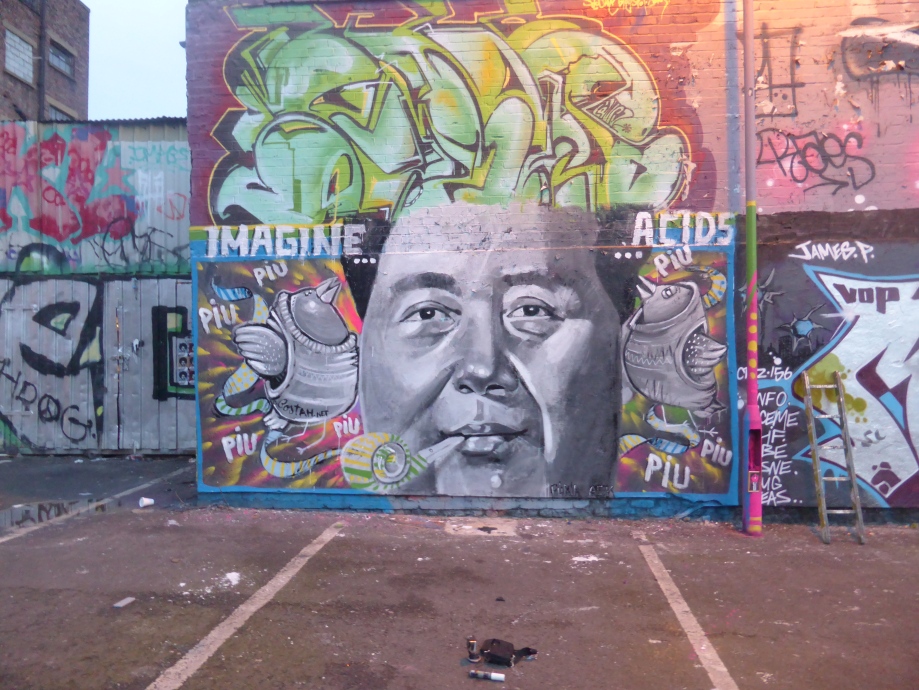 The pair standing deservedly proud next to their finished piece.