On Wednesday 7th January, two masked men armed with Kalashnikov rifles burst into the office headquarters of Charlie Hebdo magazine in Paris and embarked on a killing spree that saw 12 people killed in the building. The attack was carried out in response to the publication of satirical cartoons which the murderers considered offensive to their religion. Over the coming days a further 5 people were killed in attacks which shocked the globe. Response across the world to the attacks has been one of a unified stand for the concept of freedom of speech and expression.

Across the globe artists have been quick to express various forms of outrage at the attacks and the more general assault on the concept of freedom of speech. Assuming the collective identity of ‘Je Suis Charlie’, the public and artists alike are adopting the identity Charlie to demonstrate unity over the view that freedom of speech shall not be stifled.

In the East End of London a number of artistic tributes have appeared over the last week. Here are London’s street art tribute to the victims of the Charlie Hebdo attacks. Showing artistic expression and freedom of speech will live on.

All pictures were taken in the Shoreditch and Brick Lane area. 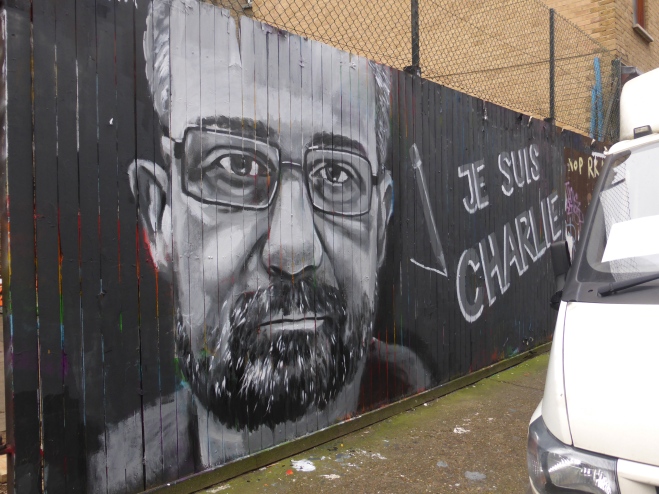 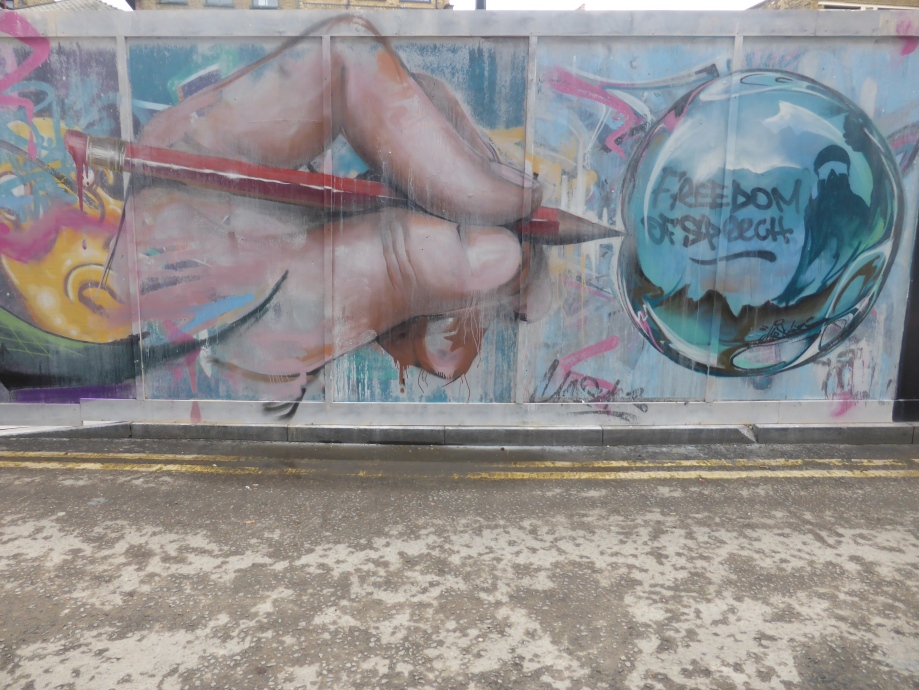